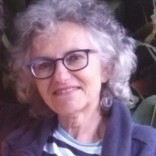 An Extended Definition of Unclassifiable Knowing 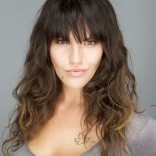 A. J. Bermudez is an award-winning writer and filmmaker based in Los Angeles, California. Her work has appeared or is forthcoming in McSweeney’s, Hobart, The Masters Review, Fiction International,… Read more » 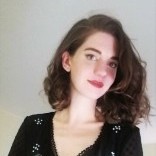 Caroline Miller is an essayist and poet who writes about art, landscapes, and femininity. She has an MFA in nonfiction from the University of Wyoming and enjoys tap dancing, hiking, and drinking far… Read more » 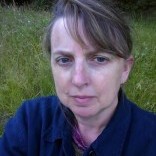 Annie Sheppard’s essays can be found in Phoebe, McSweeney’s Internet Tendency, Fourth Genre, and The Pushcart Prize XLV, among others. She lives in Oregon. Read more »

The morning after my grandfather dies, my inbox is full of confetti emojis, bottles of champagne. Messages in all caps reading: “LET’S CELEBRATE!”

It is the morning of November 7, and Joe Biden has just won the presidency. I edit my grandfather’s obituary while watching the news. An aunt has seen fit to craft the document in Comic Sans, which I convert to a more sober serif before reviewing the details.

Somewhere in Nebraska, some member of the family has definitely already made a joke about Papa intentionally dying just before the election was called for the Democrats. In his garage, which is larger than my apartment, a Romney sticker still clings to the bumper. He would wear American flag suspenders on the Fourth of July. My grandfather was a farmer, then a carpenter. His plan, coming back from the war, was to be a banker. To my knowledge, he never held a job that doesn’t appear in the opening sequence of The Oregon Trail.

My grandfather’s obituary is riddled with Lutheran-Nebraskan euphemisms. Gerhard didn’t die; he was “called to his heavenly home.” There’s no… Read more »