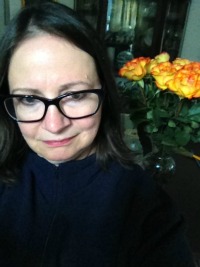 "I like a poem that feels good in my mouth when I read it out loud, written in a form that complements its content, and capable of penetrating me and lodging somewhere inside. Competent isn't enough; the total should be greater than the sum of its parts. Fiction and creative nonfiction should have the same qualities. For fiction, I lean toward the traditional narrative form but like to see some risk-taking, at least some real inventiveness, in the content. I want to be riveted. I want to be bowled over by a writer's ability to immerse me in another world with compelling characters, good use of setting, great scenes, and, finally, a sense that something has happened and the world is not the same world it was on page one. Sometimes, I want a good laugh. For creative nonfiction, I look for the hallmarks described by Philip Gerard in Creative Nonfiction: particularly, an apparent and deeper subject, a well-told story, and the sense that the writer has spent considerable time exploring the subject and making connections outside personal opinion, to fields such as history, philosophy, science, politics, the arts, and other sources—demonstrating real work and fresh insight. All submissions should show an awareness of, and engagement with, the world. You're writing for the world here." 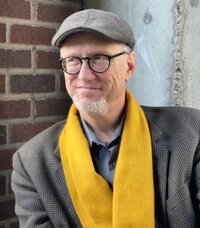 Michael Downs’s most recent book is the novel, The Strange and True Tale of Horace Wells, Surgeon Dentist (Acre Books, 2018). His other books include The Greatest Show: Stories (LSU Press, 2012), and House of Good Hope: A Promise for a Broken City (University of Nebraska Press, 2007), which won the River Teeth Literary Nonfiction Prize. Among his awards are fellowships from the National Endowment for the Arts, the Maryland State Arts Council, and selection by the U.S. Fulbright Scholar program for work in Poland. A former newspaper reporter, Downs directs the graduate program in professional writing at Towson University. He lives and writes in Baltimore and hangs out on the internet at michael-downs.net. 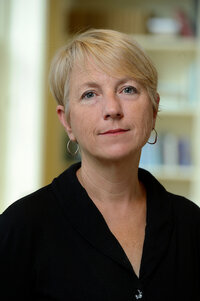 Karen Houppert’s reporting has appeared in a wide variety of publications, including The Washington Post Magazine, Newsday, The Nation, Salon, Slate, Mother Jones, Ms, The Village Voice, The Baltimore Sun, Glamour, Self, Fitness, etc. A former staff writer for The Village Voice, Houppert has won several awards for her coverage of gender politics, including a National Women's Political Caucus Award and a Newswomen's Club of New York Front Page Award. She moved to Baltimore in 2006 and began reporting on the city for Urbanite and The Washington Post Magazine. She was the editor of Baltimore City Paper for several years and is the author of three nonfiction books. The Curse: Confronting the Last Taboo, Menstruation (Farrar, Straus & Giroux, 1999) is an investigation into the menstrual products industry and an exploration of the culture of concealment surrounding periods. Home Fires Burning (Ballantine, 2005) chronicles a year in the life of military wives with husbands deployed to Iraq and Afghanistan as a way of examining how feminism has—and has not—influenced military family policy. Chasing Gideon: The Elusive Quest for Poor People’s Justice (New Press, 2013) takes a hard look at our nation’s very troubled public defender system.

She is the Director of the MA in Writing Program at Johns Hopkins University and her website is karenhouppert.net. 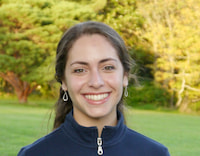 “In fiction I want more than characters – I want to see the person and their struggle, and why I should care about it. Show me their journey; leave me with jetlag that won’t let go. For poetry I look for striking imagery that reveals the beauty in ordinary life. Poets that inspire me are Mary Oliver, Jane Hirshfield, and Kay Ryan, among others.” 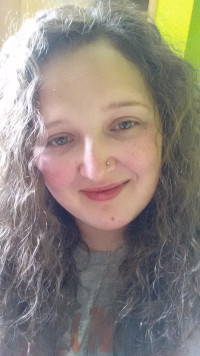 Audrey Gradzewicz was born in Buffalo, NY, and once accidentally joined an alien cult. She blames Steinbeck. She holds her MFA from Purdue University. Her poems appear in Thrush, Mid-American Review, Guernica, Muzzle, Smartish Pace, and DIAGRAM, among other places. 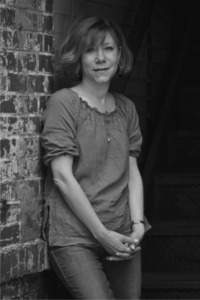 Doritt Carroll is a native of Washington, DC. Her poems have appeared in Coal City Review, Poet Lore, Gargoyle, Nimrod, and Slipstream, among others. Her collection GLTTL STP was published by Brickhouse Books in 2013 and the title poem was nominated for a Pushcart Prize, Her chapbook Sorry You Are Not An Instant Winner was published in 2017 by Kattywompus. Her chapbook A Meditation on Purgatory won the Laura Lee Washburn prize from Harbor Review Press. She has served as poet in residence at the Shakespeare Theater Company and runs the Zed’s reading series. 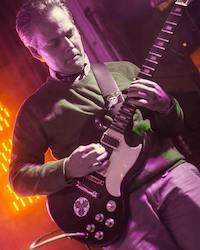 Once upon a time, Eddie Jeffrey was a cemetery groundskeeper. He now works at a medical school where, in 1807, a mob destroyed an anatomy theater for fear the cadavers used for instruction there were provided by grave robbers. His work is forthcoming or has appeared in As You Were: The Military Review, Black Dandy, PARAGRAPHITI, The Blotter, The Three Quarter Review, O-Dark-Thirty, Thrice Fiction, JazzTimes, and other print and web publications. He also plays guitar in The St. Francis Social. The St. Francis Social on Facebook

"I'm looking for things that grab me right away and won't let go. I want something new, something different. It's not impossible. We are living in impossible times." 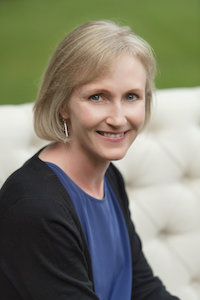 Elizabeth Knapp is the author of The Spite House (C&R Press, 2011), winner of the 2010 De Novo Poetry Prize, and Requiem with an Amulet in Its Beak (Washington Writers’ Publishing House, 2020), winner of the 2019 Jean Feldman Poetry Prize. Her other honors include the 2018 Robert H. Winner Memorial Award from the Poetry Society of America and a 2017 Maryland State Arts Council Individual Artist Award. Her poems have appeared in Kenyon Review, Massachusetts Review, North American Review, and Quarterly West, among others. An associate professor of English and Chair of the Department of English & Commnication Arts at Hood College in Frederick Maryland, she is also a poetry editor for Baltimore Review. 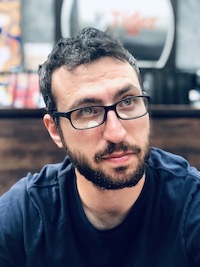 Jonathan Green received his MFA from Stony Brook Southampton. He was a research assistant in a Biomedical Engineering Lab at Johns Hopkins School of Medicine and a Wilderness Explorer at Walt Disney World. He doesn’t know what mapping audio-spatial fields of marmosets and teaching children about environmental conservation has to do with writing, but he hopes it sounds interesting. His work has appeared in The Barnes and Noble Review, New South, Gandy Dancer, and was awarded an honorable mention in Glimmer Train’s 2017 Fiction Open.

Julia Tagliere is a writer and editor whose work has appeared in The Writer, Potomac Review, Gargoyle Magazine, Washington Independent Review of Books, and various anthologies, including Furious Gravity, the ninth volume of the Grace and Gravity series, a literary journal devoted to women writers in the D.C. region. Winner of the 2015 William Faulkner Literary Competition for Best Short Story and the 2017 Writers Center Undiscovered Voices Fellowship, Julia resides in Maryland with her family, where she completed her M.A. in Writing at Johns Hopkins University. Julia is an active member of the literary community and in 2019, she founded the Montgomery County Underground Reading Series to help promote the work of local writers. To learn more, visit Julia’s website at justscribbling.com.

“Send me a captivating narrative that I can’t escape, even after I stop reading. Hook me right from the start with well-developed, fresh characters; crisp language and a strong, unique voice; and vivid settings and lush imagery to engage my senses. Give me a reason to continue reading.” 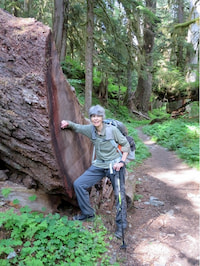 Lynn Stansbury is a semi-retired community medicine physician, injury care researcher, and novelist who has lived and worked all over the US and the world. She holds writing degrees from Johns Hopkins and the University of Washington and currently lives in the Grey Havens, AKA Seattle. Her fourth novel, Crossing the Divide, is due out in November 2020.

For writers interested in submitting fiction to the Baltimore Review, she would say: “Find the directions; follow them; keep it simple. Flash fiction is flash; beware modifiers and summary opinions; make every word count. Good fiction is as physical as poetry: the sound of language—tonality/rhythm; syntax/diction—the shape and heft of character, the reach and depth of setting, the lift and thrust of narrative under your readers’ feet.” 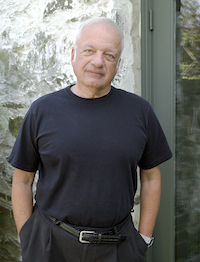 Michael Salcman is a poet, art critic, and neuroscientist. He attended the combined program in liberal arts and medical education at Boston University, was a Fellow in neurophysiology at the National Institutes of Health and trained in neurosurgery at Columbia University's Neurological Institute. He served as Chairman of neurosurgery at the University of Maryland and president of the Contemporary Museum in Baltimore. Now Special Lecturer at the Osher Institute of Towson University, Salcman lectures widely on art and the brain and has also taught history of contemporary art at a variety of venues. His poems appear in such journals as Alaska Quarterly Review, Arts & Letters, Harvard Review, Hopkins Review, The Hudson Review, New Letters, Notre Dame Review, Ontario Review, Poet Lore and Raritan. His work has received six nominations for a Pushcart Prize and his poems have been featured on NPR's All Things Considered, Verse Daily, Poetry Daily, and in Euphoria (2008), a documentary film on the brain and creativity. Composers in Baltimore and New York have set his poems to music. Salcman is the editor of Poetry in Medicine, a popular anthology of classic and contemporary poems about doctors, patients, illness and healing (Persea Books, 2015). He is the author of four poetry chapbooks and four collections: The Clock Made of Confetti (Orchises Press, 2007), nominated for The Poet's Prize and a Finalist for the Towson University Prize in Literature, The Enemy of Good Is Better (Orchises, 2011), and A Prague Spring, Before & After (2016), poems about the Holocaust, family and Czech history, which won the 2015 Sinclair Poetry Prize from Evening Street Review. His most recent collection, Shades & Graces, forthcoming from Spuyten Duyvil (2020), is the inaugural winner of the Daniel Hoffman Legacy Book Prize, named for the former US poet laureate.

"What I'm looking for is capable and appropriate use of the features that distinguish most good poems from prose: intelligent attention to sound and musicality without slavish rhythm or a rhyme that jars, attention to the line as opposed to the sentence, and the use of metaphor (Frost: saying one thing and meaning another) to produce a sense of surprise in the reader. What throws me off is self-regard, overmuch attention to the 'I' in the poem and experiment for experiment's sake or writing in code. A good poem may combine the intimate with the universal (see Donne, Blake, Yeats and Bishop), a love of words (see Wallace Stevens) with how everyday language works (see William Carlos Williams), and a deep regard for the spiritual with a touch of humor (see Tom Lux or Billy Collins). And there are always exceptions to every expectation."

Paige Passantino has been a literary enthusiast since being raised in rural New Jersey, where she spent most of her time in a barn full of chickens or reading in trees. Her first poem was published at the age of nine in the Anthology of Poetry by Young Americans. She has been writing ever since. Paige earned her Associates Degree at the Community College of Baltimore County and is currently completing her Bachelor’s at Smith College in Northampton, Massachusetts. She is the recipient of the 2021 Smith College Ruth Forbes Eliot Prize for poetry and the Ethel Olin Orbin Prize for creative nonfiction. 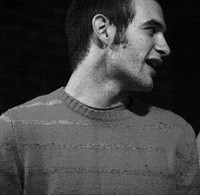 Matt Diehl is a graduate of UMBC's Interdisciplinary Studies program and a software designer and engineer. He currently works for Google as a Software Engineer and is the owner of Port Street Design. His idea of a good beach read includes books on cascading style sheets and JavaScript. He has played guitar, bass, and drums in a number of bands including "Paul Newman and the Ride Home." His publication credits include feature articles for Style magazine.

"Books and websites have a lot in common. They both have a clear ending and beginning, an easy-to-use search function, and can be stacked on shelves or placed in a bookmarks folder. Wait... nevermind. I'll see what I can do."