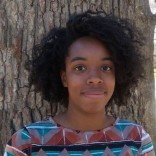 Shonté Daniels is a poet and games journalist. She is currently an editorial associate at Rewire. Her poetry has appeared in Apogee, Ambit, Puerto del Sol, and elsewhere. She was a finalist in… Read more » 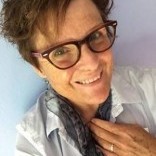 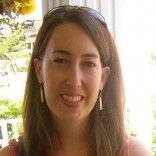 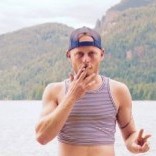 Portrait for the Anti-Refugee Campaign in Ravalli County, MT

Philip Schaefer’s debut collection Bad Summon won the Agha Shahid Ali Poetry Prize from the University of Utah Press and will be released in 2017. He is the author of three chapbooks, two of which… Read more » 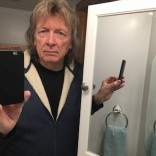 The Keno Caller at the Oxford Cafe in Missoula

Roy Bentley - The Keno Caller at the Oxford Cafe in Missoula

Roy Bentley is the author of four collections of poetry, including Starlight Taxi (Lynx House: 2013), which won the 2012 Blue Lynx Poetry Prize, The Trouble with a Short Horse in Montana (White Pine:… Read more »

The Keno Caller at the Oxford Cafe in Missoula

stands before a Sony microphone, belts out
The number is 7! A woman in a housedress
lays out sugar packets in rows as she follows
a paper card, a thin square of white she marks
with a blue crayon-half in the bar’s spilled light.
The caller is as homegrown as the gaits of horses,
one of which altered the fretboard of his vertebrae.
A tv behind the bar blares that half a million souls
have been disappeared by a tsunami. I’m seated
at a table by a wall. Alone. Under a bison head.
In the glow of a Rainier sign, I’m a boy again:
waiting in the pit area of Kil-Kare drag strip.
I’m waiting for my father and his driver, Lou.
Swales of tire smoke zebra a Crayola-red sky,
a tinny PA system rattling on that Lou has lost
by blowing what the voice calls “a decent light.”
The caller at the Ox is sending a spark shower
from Lou’s ’61 Plymouth, his announcer patter
connecting crayoned-in dots of remembrance.
Limits of time and memory restrict the heart
like the band on the roll of currency a local… Read more »