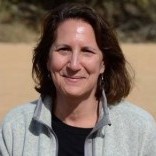 Hilary Schaper’s essays have been nominated twice for a Pushcart Prize, earned Honorable Mention in New Letters’ nonfiction contest, and been a finalist in the Prime Number Magazine’s creative… Read more » 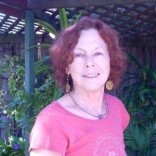 The Idea of North

Alice Lowe - The Idea of North

Alice Lowe reads and writes about life and literature, food and family. Her personal essays have appeared in numerous literary journals, including Crab Creek Review, The Millions, Permafrost, 1966,… Read more »

Yesterday, through the kitchen window, I happened upon a spider dismantling a web suspended from a bougainvillea’s thorny branches. Scurrying up one of the web’s spokes, it pulled and folded an adjacent spoke into its body with its legs, until that spoke vanished. As it climbed around the web, the spider neatly folded each successive spoke into itself. The web evanesced. This morning, a new web hung in its place.

Through this observation, I’d stumbled into the natural world in a way I never had. A spider—whose habits I’d never before contemplated, was, in fact, incurious about—mesmerized me. My attention to it transformed it for me from an unremarkable creature—remote, almost abstract—to something real, something intriguing. The spider beckoned to me, prodding me to look deeper into, to research the process by which it knits and obliterates its webs.

Spiders, I discovered, produce silk internally, and, with their back legs, extract it through two small spinnerets. They regularly destroy their webs by eating the silk, only to use it to create new ones. The same strands connect myriad webs to one another. With each iteration, the web seems to expand to include the rings of each previous web.