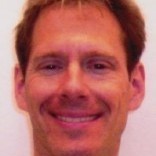 Featured as one of “the greatest up-and-coming fiction writers today” in the Amazon description of Best Short Stories from The Saturday Evening Post Great American Fiction Contest 2014, Kendall… Read more » 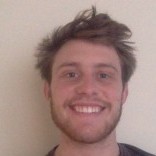 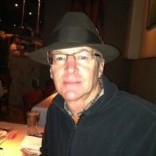 James English’s short fiction has appeared in The Magnolia Review, Hobart, The Tishman Review, Liars’ League (London), The Drum, and The Stockholm Review of Literature. He lives with his wife in… Read more »

Zamir walked right into the head kick. He was jabbing, circling, moving with that fourth-round slouch that no amount of roadwork could knock out of him, and then—like a cartoon, like fucking teleportation—his face was flush with the Budweiser logo. Dropped anvil. Birds spinning. In his corner, Kanoa and Ridley wincing through the cage.

The Russian collapsed on top of him. The Russian had a longer reach, a better record, and apparently feet that could time travel. Had Zamir clipped him on the chin at weigh-ins? Had he leaned into the guy—giddy on diuretics—and whispered something vulgar he’d found on an online translator? No power, he’d told the media. No ground game. Three rounds, tops.

Now the Russian was landing elbows that sank all the way to the back of Zamir’s skull. Kanoa and Ridley yelling, for once telling him the same thing—no cursing or meditation cues. Chin down! Get guard!

It was one thing to visualize for five months: synching the armbar, three taps to the mat while the ref pulled them apart, hands up, hop the cage. But to make good when your whole spine had curled up to your brain and the roar of the… Read more »