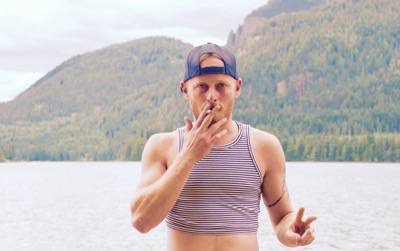 Philip Schaefer’s debut collection Bad Summon won the Agha Shahid Ali Poetry Prize from the University of Utah Press and will be released in 2017. He is the author of three chapbooks, two of which were co-written with friend and poet Jeff Whitney. He won the 2016 Meridian Editor’s Prize in poetry and has individual work out or due out in Kenyon Review, Thrush, Guernica, The Cincinnati Review, Birdfeast, Salt Hill, Bat City, Adroit, Nashville Review, and Passages North among others. He tends bar in Missoula, MT.

Portrait for the Anti-Refugee Campaign in Ravalli County, MT

Mobile homes spill grass from their ears. A kid burns
his deflated blue kickball. Some fortune cookie
tongues, like ex-lovers, never come
true. In other words I once taught a cat how to fly
with my boot. I rubbed a turtle in turpentine
until my fingers knew shampoo. There’s a grin
in the way death inks the hands. At night, women
on the porch stitch stars into their veins, drown Lucifer
down through their livers. Strange men crawl
into foxholes and dream their sickness will spread.
I aim to be beautiful as the Lord made me. To hold a torch
against the sun. Wait until all that’s left of darkness is darkness.

“ Ravalli County neighbors Missoula County, where I live, some 30 miles down the Bitterroot Valley. As an extremely conservative sociopolitical stretch of towns, many voices from this area protest(ed) the Syrian refugees who’ve come to find shelter in Montana. This poem attempts to protest their protest via portraiture. It’s the speaker’s middle-fingered caricature. ”