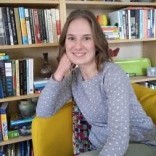 For the Hole in My Heart

Rachael Lyon - For the Hole in My Heart

Rachael Lyon is a poet, essayist, and translator. Her chapbook, The Normal Heart and How It Works (2011), chronicles her experience with a congenital heart defect. She received a Fulbright grant to… Read more »

For the Hole in My Heart

I have a hole in my heart. Again. Most people who say they have holes in their hearts are speaking metaphorically. They’ve put down a beloved dog or they’ve been dumped or they’ve lost a mother or a friend to breast cancer. All of these things and millions more leave holes in our emotional centers. I have my own holes—my own spaces that are empty of the people who once filled them.

But I’m not speaking metaphorically here. I have a hole in the wall of my heart, the septum, that divides my two atria, the uppermost chambers of the heart, the receivers of blood—one from the body, the other from the lungs. This hole, fittingly, is called an atrial septal defect. I’ve had this hole in my heart for most of my life.

What happens, physiologically speaking, when a heart has a hole like this one, is that the blood in these two chambers gets mixed up. The blue blood that’s returning from the body—where the muscles and organs have drained it of its oxygen—sloshes over into the red blood that’s returning from the lungs. And then it’s sent, along with the red blood, back out into the body,… Read more »