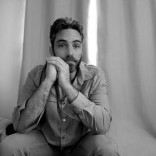 Christopher Notarnicola is a US Marine Corps veteran and an MFA graduate of Florida Atlantic University. His work has been published with American Short Fiction, Bellevue Literary Review, Best… Read more » 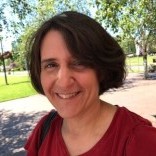 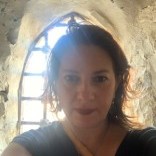 We Bury My Mother a Second Time

Andy Young - We Bury My Mother a Second Time

Andy Young's second full-length collection, Museum of the Soon Departed, was chosen for the inaugural Patricia Spears Jones Award and will be published by Camperdown NYC. She is also the author of All… Read more »

We lived in that gray, abandoned tower of an apartment complex, in a neighborhood haunted by sirens and infested with crack cocaine. There were echoes of random gunfire. There were bullet holes in the slide at the park. Two “ladies of the evening” lived upstairs. We told you they were teaching their furniture to dance.

Your dad drove a bus, taking tourists to restaurants where they dined at tables decorated with sweet-smelling roses. He came home to the stench of mold and sewage, the sneers of boys who thought they were men, the scratching of rats in the walls.

One day he came home holding a clear plastic bag. Inside was a glimmer of gold, the orange sunshine of California poppies.

You named your goldfish Johnny Cash. You sang to him and tried to teach him the alphabet. You drew pictures and held them up to his glass tank. When we had a freak blizzard, you dumped some snow in his tank so he could play. You wanted to give him a kiss so he would turn into a handsome prince.

One morning, Johnny Cash floated on the surface, belly up.