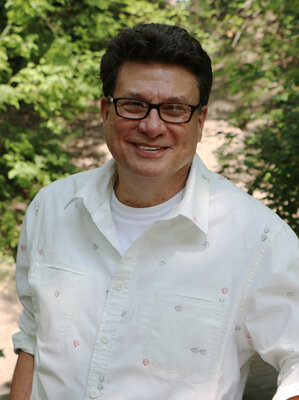 Jonathan Odell is the author of three novels. The View from Delphi, (Macadam Cage, 2004) deals with the struggle for equality in pre-civil rights Mississippi, his home state. In 2012, Random House published his second, The Healing, which explores the power of a story to free a people, set on a slave plantation in the Mississippi Delta. A third novel, Miss Hazel and the Rosa Parks League, was released by Maiden Lane Press in February 2015. His essays appear in various publications, including Commonweal, The Bitter Southerner, and Minnesota Monthly. Odell presently lives in Minnesota with his husband. You can find out more about Jonathan and his work at jonathanodell.net.

If you are a Bible-raised gay man and are forced, perhaps at gun point, to attend a Southern Baptist church in Mississippi, you know there are no guarantees. At any time, the preacher might go off on a homophobic rant or take up a love offering for the ongoing torture of homosexuals in Uganda.

First thing you do is check the bulletin to see what text the preacher is taking his sermon from. If it’s the Gospels, you’re probably safe. Jesus never said anything bad about gay people. If it’s from anything the Apostle Paul wrote, you might brace yourself for some discomfort. If it’s from Leviticus, you best run for the exits. Things often turn ugly for gay people in Leviticus.

But today I couldn’t just storm out without consequences. I was with my parents in their home church. It’s important that I go with them when I’m visiting from Minnesota, and about the only request that they make of me nowadays. They say it does them proud.

Their regular preacher, who knew I was gay, was a soft-spoken, compassionate fellow who went out of his way to make me feel comfortable. But this Sunday, the church had a new preacher. His name was Brother Buddy, so all bets were off. Especially after Mom told me Brother Buddy was a Viet Nam vet with bad PTSD and a steel plate in his head. “Sometimes he goes a little crazy,” she said. We were in untested waters.

I quickly checked the bulletin. Book of Numbers, Chapter 25. That wasn’t any help. I couldn’t recall what happened in Numbers. Did they stone homosexuals in Numbers?

Seated between Mom and Dad, I kept my preemptive righteous rage on simmer. I didn’t want to make a scene.

I turned in my seat to get a look the congregation. As a comedian once said, the average age was deceased. No more than 30—shrunken women, their flowered hats barely topping the back of the pews, where rested their husbands’ protective, short-sleeved arms, skin leathered from a lifetime in sunbaked fields. These gentle people adore my folks, so they always warmly welcome me. Mother has made sure they all know I’m gay and how proud she is me of me. Maybe because my parents are the largest tithers, the previous preacher steered away from what Dad called “all that gay stuff.”

Brother Buddy began his sermon by announcing, “This morning, I’m going to speak on . . . tolerance.”

I breathed a sigh of relief. Maybe I wouldn’t have to embarrass my parents after all.

And then he roared, “I want you to know, come down hard agin’ it!”

Buckle up, I thought.

Brother Buddy steamed. “Tolerance is nothing but emotional blackmail from the liberal left. It’s meant to shame true Christians into silence.”

He said he was tired of the government forcing heresies down his throat. Like women’s rights, and abortion and mandatory seat belt laws. But the worst of all was the government’s Satanic promotion of homosexuality. And believe me, nobody can pronounce that word as dirty as a Southern preacher.

Brother Buddy swore that nobody was going to make him honor some sexual perversion or wear a seat belt, either one. The scripture he had chosen told of how God commanded the Israelites to slaughter the Canaanites, man, woman, and child, and take their land and make it holy. “Does that sound like tolerance to you?” he asked. “We need that kind of cleansing in America, today.”

I was about to stand up and walk out, but I couldn’t. My mother had taken my hand and gripped it protectively, as if she could shield me from the words. She had tears in her eyes. “I’m so sorry,” she mouthed. With her other hand, she handed me a piece of peppermint candy.

Then I looked at my father. His jaws were clenched, and his color was going purple. I knew his pissed look too well to miss it. This preacher was going to get an earful, if he kept his job at all.

And there I was a nine-year-old boy, again, not a 50-year-old man who had learned to fend for himself. Today, I didn’t have to. I had two parents who were on my side, who were angry for me. I didn’t have to throw myself into the fight.

I was in awe of the moment. My righteous rage had dissolved and was replaced by a sense of well-being, though tinged with sadness. “So, this is what it could have been like.”

As strange as it might seem, I didn’t want this moment to end. I had hungered for it all my life.

“ Through mutual hard work and tons of therapy, my parents and I were able to reconcile in their later years. They both have passed on, and I would trade nothing for those maverick displays of love they surprised me with. They have supplanted the bitterness I once nurtured. ”