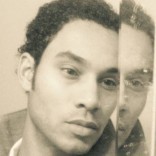 Adam Carpenter loves writing like a fat kid loves cake. He teaches English, produces music, and is one-half of the band Yacht Party. Most of his work is sonic and has been featured on radio stations… Read more » 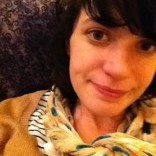 Sarah Giragosian’s first book of poems Queer Fish won the 2014 American Poetry Journal Book Prize and will be published by Dream Horse Press in 2015. Her poems have been published in such journals… Read more » 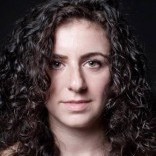 Jane Rose Porter is a writer and editor based in Brooklyn, New York. She was a 2013 Emerging Writer Fellow at the Center For Fiction and has been awarded residencies by the Jentel Artist Residency… Read more »

They cuffed her again while she signed her name to the list of her belongings. A roll of ankle tape (half-depleted), a pair of Nike Overplay’s (black), spare laces (black), backpack, a collection of Anne Sexton, a Swiss Army Knife. The booking area was grey with forest green accents. The other cop was texting someone and smirking. She snuck a glance. Ew. His girlfriend did not look good in a bikini.

The silence in a booking area is leathery. It's a sticky, miasmic vacuum. A parched desert of sound lustily thirsting for something other than the cluck-clop of the best shoes $58,067 a year can buy. The TV, had it not been muted, would’ve been the perfect backdrop as the news anchor pretended to look even more excited than he was above the scrolling headline, “College-bound Southie High honors student arrested for attempted mur . . .”

Her mom always said, “Cawps work hahd,” followed by the Bostonian semi-colon of pursed lips and a silent snort; then… Read more »