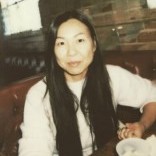 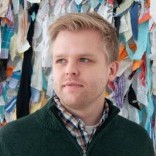 Staring Down the Barrel

Daniel Rousseau - Staring Down the Barrel

Daniel Rousseau’s work—noted in The Best American Essays twice—has appeared in The Florida Review, The Chattahoochee Review, Cimarron Review, and elsewhere. He holds an MFA in writing from… Read more » 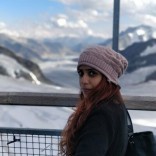 You have stopped going

Aekta Khubchandani - You have stopped going

Aekta Khubchandani is a writer and poet from Bombay. She is the founder of Poetry Plant Project, where she conducts month-long poetry workshops. She is enrolled in a dual MFA program in poetry and… Read more »

Staring Down the Barrel - Creative Nonfiction

A few weeks after turning eighteen, I learned that one of my bowling alley coworkers had occasionally sold Oxy in the parking lot while I’d managed the lanes. Before someone could mistake me for an accomplice, I quit my job. Desperate for pocket money, I asked a friend if he might get me a shift at the Chicago civic center where he unloaded trucks. “There’s a gun show this weekend,” he told me. “One of the dealers is looking for an assistant. He’s cranky but pays in cash.” I knew little about guns but quickly accepted the position.

The dealer I worked for went by G.K. He wore wide tortoiseshell glasses, rarely smiled, and spoke with a southern drawl. Our first morning together, he grumbled instructions to me from his folding chair: “Space my rifles six inches apart, seven to a table. Get rid of dust. Only let buyers touch ‘em.” He then retrieved an ivory-handled Colt revolver from a glass case he kept near his right arm; a $25,000 price tag dangled from the gun’s trigger guard. “Nobody but me handles this,” he said while running his right forefinger over the revolver’s fern-like engravings. After returning the gun… Read more »