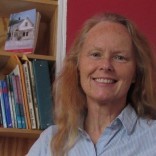 All I Can Tell You

Kathleen Melin - All I Can Tell You

Kathleen Melin is the author of By Heart, a memoir of progressive education (Clover Valley Press, 2008). Her creative and journalistic work has appeared in national and international publications… Read more » 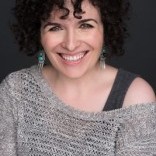 Jehanne Dubrow is the author of seven poetry collections, including most recently American Samizdat (Diode Editions, 2019), and a book of creative nonfiction, throughsmoke: an essay in notes (New… Read more »

i.
Although I visit the site dozens of times, I never take any photographs. Let there be these words instead. The concrete posts between the barbed wire—no longer electrified—like the necks of disconcerting birds. The outlines where buildings once stood. The barracks and barracks. The train tracks, of course. The ramp where prisoners were unloaded, divided into live and die. Let there be the usual amnesia of snow. Let there be signs in German and Polish. Halt! Stój! Let there be clouds drifting in their indifference. Let there be the stone I find on a graveled walk, the hardness of history in my hand.

ii.
The video runs for two minutes and twenty-nine seconds. It has been viewed more than twenty-one million times. Comments for the page have been turned off. As it rises in the sky, the drone sees many things and quickly: snow gray across the metal tracks, the entrance with its canonical curve of words, the birches stripped of leaves. The drone sees tiled roofs. It sees the wall where prisoners were shot. The drone observes the symmetry of it all, how orderly the ruins of the huts, and the roads so evenly… Read more »