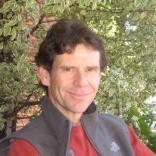 A Bolero in Havana

Stephen Benz - A Bolero in Havana

A Busload of Banjo Players

Jon Pearson is a writer, speaker, and artist. He has been published in numerous publications and was nominated for a 2014 Pushcart Prize. He lives in Los Angeles with his beautiful wife and writes now… Read more »

A Bolero in Havana

Havana was easily the most affable and unpredictable place I had ever been. As I walked around the city, it seemed I was constantly falling into conversations—chance encounters that inevitably altered my plans and led me in unexpected directions.

Case in point: I was walking along the Malecón, the photogenic seaside boulevard that gives Havana much of its visual identity, when a peanut vendor intercepted my path. He greeted me like an old friend, calling me compañero and asking about my activities for the day. Shortly into my Havana visit I had learned to welcome these encounters. No need for the usual tourist leeriness: Habaneros are innately curious and outgoing, an attitude worth emulating. So I stopped to chat with the peanut vendor.

I had just left my hotel, I told him, pointing to the Riviera a block away, and now I was on my way to the Cementerio Colón to see its famously ornate mausoleums and vaults. The peanut vendor approved of my intention to visit the cemetery (and advised me not to miss the firefighters’ memorial therein), but he did not approve of the hotel. The Riviera was, in his view, much too expensive and not sufficiently Cuban.… Read more »