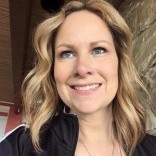 Rachel Greenley is a Seattle-based writer. Her work has appeared in Brevity, Months To Years, and Wayne Literary Review. Rachel's memoir manuscript The Lake Effect: an excavation of love and loss… Read more » 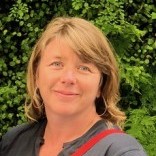 Amanda Moore's poetry has appeared in journals and anthologies including ZZYZVA, Cream City Review, Tahoma Literary Review, Best New Poets, and Mamas and Papas: On the Sublime and Heartbreaking Art of… Read more »

The only sound was the boy’s rushing fall and the slap of cedar boughs against his body. The thicker branches triggered thumps and groans as the weight of that body pinballed from one branch to the next—down, down, down.

Now, as an adult looking back, I recall him as a teenager. I ask my mother, and she says, "No, he was about ten."

"Really? He was my age? Was it a potluck? I have a memory of a hippie potluck."

"Yes, that's exactly what it was."

My parents themselves were hippies but had started a fade to convention. We, for example, lived in a house—granted an old house, without a television or working toilet—but we weren’t the yurt family, or the dome family, or the tent family. We were the house family.

"I remember adults encouraging him to climb, but some saying it was dangerous."

"No," my mother says, "It was more of a laid-back attitude. We let you kids be kids."

The boy wanted to climb. Had it been a dare? An impulse? He wasn't the only one to monkey up that tree. He was simply the one to make it to the top. I remember another child… Read more »