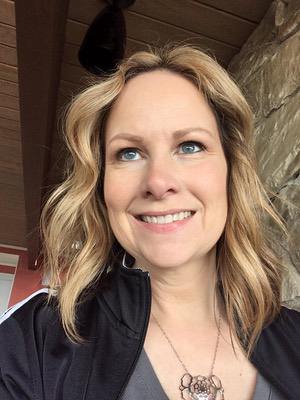 Rachel Greenley is a Seattle-based writer. Her work has appeared in Brevity, Months To Years, and Wayne Literary Review. Rachel’s memoir manuscript The Lake Effect: an excavation of love and loss placed third in the Pacific Northwest Writers Association 2018 Literary Contest. You can see her read the prologue of The Lake Effect at Seattle’s Elliott Bay Bookstore here. Connect with Rachel on Twitter at @GreenleyRachel

The only sound was the boy’s rushing fall and the slap of cedar boughs against his body. The thicker branches triggered thumps and groans as the weight of that body pinballed from one branch to the next—down, down, down.

Now, as an adult looking back, I recall him as a teenager. I ask my mother, and she says, "No, he was about ten."

"Really? He was my age? Was it a potluck? I have a memory of a hippie potluck."

"Yes, that's exactly what it was."

My parents themselves were hippies but had started a fade to convention. We, for example, lived in a house—granted an old house, without a television or working toilet—but we weren’t the yurt family, or the dome family, or the tent family. We were the house family.

"I remember adults encouraging him to climb, but some saying it was dangerous."

"No," my mother says, "It was more of a laid-back attitude. We let you kids be kids."

The boy wanted to climb. Had it been a dare? An impulse? He wasn't the only one to monkey up that tree. He was simply the one to make it to the top. I remember another child climbing—slower, more tentative—when the falling boy's body came rushing past.

I imagine his climb through the shadows of that tall cedar. How the thick-ridged bark, cracked with age, felt under his palms. A spicy sweet musk surrounding him. Overgrown branches, shaggy with their flat, waxy needles, spiral clusters of tiny cocoa cones shaped like rough-edged rose buds. It was a glossy summer day—yet inside the tree, quiet shade and shelter. I imagine a hidden world—squirrels harvesting patches of stringy bark for their nests. Aphids and beetles and sawflies feeding on the tree's peeling coat and sticky sap. Waxwings and sparrows perched on limbs, their simple song rising in crescendo when the boy placed his hand on the first branch. The boy wouldn’t have discovered any of this in his rapid ascent.

The tip of a tree is called its leader because it leads new growth upwards. The boy reached the leader and had a moment of glory. He was so high, I could not see the expression on his face when he climbed out of the boughs and clung to the tip. He called to us ants below. You could hear the pride in his voice.

He seemed suspended in air for a moment. Then the cedar flung him, its broken tip trailing the boy through thick branches as he hurtled to the ground.

The adults became adults. Voices shouting, feet running, encircling the boy's body. He was conscious but disoriented. I remember his soft moans as he lay in a heap at the base of the tree, as if he were coming out of a bad dream.

I was suspicious of the adults that surrounded me then. I was a serious child—tense and self-righteous—and they embraced play too much for my liking. Grown men with shaggy beards on stilts. Grown women with messy braids harvesting edible plants. Impromptu concerts in meadows, with string instruments, handmade drums, and hands slapping knees. These adults drove beater cars and had jobs that weren't really jobs in my book—like selling goats' milk, or swinging a hammer, or baking cakes.

My mother laughs at my child's view of this time. She says I have it all wrong.

I tell my mother that I didn’t dislike these adults in my periphery. What I don’t tell her is that I couldn't trust them to keep me safe.

“ My alternative childhood taught me bravery to chase impractical dreams. The memory of Cedar arose while free writing about animals in a forest fire—like a finch on a larger cedar's limb. ”