Essay Breathless in A World of Cloud And Smoke

Robert Vivian - Essay Breathless in A World of Cloud And Smoke

Robert Vivian's most recent books are Mystery My Country and Traversings, which was co-written with the poet Richard Jackson. Read more » 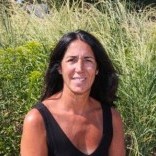 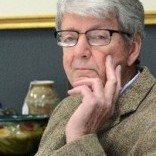 Not From Around Here

Robert Brunk - Not From Around Here

Not From Around Here

Though we already cared for a miscellaneous consortium of animals—two cows, a dog, one cat, five ducks, and a goat—our children, Ingrid and Andrew, aged five and four, announced one morning that we needed some chickens. Our children claimed that chickens would eat all the bugs that plagued our garden. My wife, Jan, smiled a bit, knowing that every new creature we brought into our lives came with a frayed suitcase of needs, some obvious but many unseen: nutrition, protection, housing, procreation, defecation, and burial.

Our cat, Black Power, had multiplied by eight one spring morning. Our goat, Jenny, who was said to be carrying two kids when we bought her a year earlier, seemed to be setting the North American record for the longest gestation for a Nubian goat, as no offspring had yet appeared. Our dog, Sophie, had been bitten by a copperhead snake, but thankfully, survived. The ducks, unnamed, continually dropped their excrement in the grass where I played with Ingrid and Andrew. When confronted by weasels, the slow-moving white ducks had been reduced from a flock of five to a trio of three.

We were back to the land people, strangers in a new… Read more »