Diana Xin holds an MFA from the University of Montana. Her work has appeared in Third Coast Magazine, Gulf Coast, Narrative, and elsewhere. She is a recipient of fellowships from the M Literary… Read more » 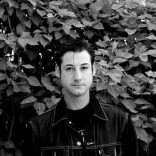 Photo credit: Dulcie Wilcox David Obuchowski is a fiction writer and essayist. In 2019, David was twice nominated for the Pushcart Prize—one nomination for fiction, the other for non-fiction. His… Read more » 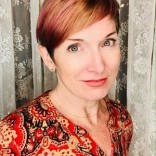 Jackie Cummins holds an MFA in fiction from Bowling Green State University and works as the Major Gifts Manager for a cancer wellness center in Toledo, Ohio. This is her first publication in several… Read more »

The nausea, mercifully, had relented after the first trimester, giving way to a newly voracious appetite. We’re halfway through the second trimester now and she gets these very specific cravings. Last week, it was Worcestershire sauce. We made steaks, and I made virgin bloody marys heavy on the stuff. This week, grapefruit. She’s always liked grapefruit. But this week, she's obsessed. Her cravings are evidence that the pregnancy is progressing, that we’re moving forward, that things are okay. And that’s all that matters to me.

“So what I did was marinate the fish in grapefruit overnight, and then I juiced three grapefruits for a reduction, and then I sliced another grapefruit into discs to garnish the fish, but also to add some freshness,” she explains.

“So there’s gonna be grapefruit slices on the fish—the same fish that’s been marinating in grapefruit, and that’s going to be covered in a grapefruit reduction.”

“Drizzled, not covered,” she corrects me. “And you’ll barely taste the marinade, it’s so subtle. Anyway, the reduction is going to be so rich that—trust me—you’re gonna want those grapefruit discs on there to… Read more »