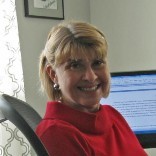 The Shape of a Box as Appearing

Grace Curtis - The Shape of a Box as Appearing

Grace Curtis has lived her entire life in southern Ohio and has finally come to appreciate how interwoven she is with its landscape. In 2010 she completed an MFA in poetry at Ashland University. In… Read more » 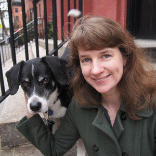 Under the Locust Tree

Noreen McAuliffe - Under the Locust Tree

Noreen McAuliffe earned an MA in English literature and an MFA in creative writing from the University of Wisconsin-Madison. She lives on the East coast and summers in Mongolia. Read more »

Under the Locust Tree

Victor said if I gardened in the morning I would hear the voices in the leaves. He was the caretaker of the Walter Pierce Park community garden, which sat on a hill above an unmarked historic cemetery in Washington, D.C. Back there the kudzu vines choked most of the city sounds out. I only heard cursing from the basketball court and an occasional shriek from the playground swings. Then that year the cicadas emerged, crawling out of the dirt and into the trees, their buzzing song like the summer heat, always pitched high and never breaking.

My tomatoes were smaller than they should have been by July, their mottled green fruits the size of grapes. I suspected the locust tree must be sapping the soil out from under them, or maybe blocking the afternoon sun. There were days I wished that tree dead. Someone once tried to burn it down, but even with a black jagged scar spiraling its trunk it was smug and leafed out, towering over my plot. Every time my shovel thunked into a root that morning, echoing deep into my shoulder, I cursed the tree under my breath. Still, I was grateful for its green shade… Read more »