On False Starts and Detours

William Faulkner claimed to have written As I Lay Dying in six weeks while working at a power plant. I sometimes take that long just to get warmed up. For me, writing fiction is often a slow and difficult process, plagued with false starts and detours.  Even the false starts can be instructive, though, and the detours sometimes take me to interesting places.

A case in point is my story “Matters of the Heart,” originally published in the Winter 2000 issue of the Baltimore Review and included in my recently published collection Wanderers (SFA Press, 2012).  The story is a fairly simple one.  In preparation for a Catholic wedding ceremony, a groom- and bride-to-be visit a priest for what they expect will be a pro forma prenuptial instructionand counseling session. Difficulties arise, however, because the would-be groom has had his first marriage annulled on somewhat dubious grounds, and the priest, a crusty traditionalist, has his doubts about whether the Church should sanction a second. 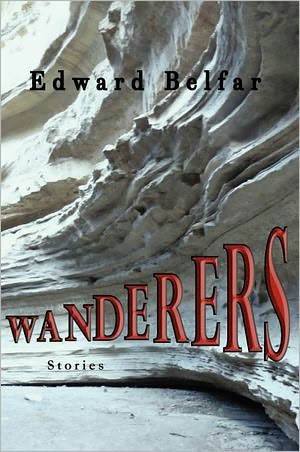 The story grew out of a news item I had read or heard in passing about a politician who had also had his first marriage—a lengthy union that had produced children—annulled so that he and his second wife could have a Catholic wedding. I began to ruminate about the sort of man who would seek an annulment under such circumstances: a rather arrogant one, I suspected, a man accustomed to getting what he wanted, regardless of the cost or consequences.

When I sat down to write “Matters of the Heart,” I began telling the story from the perspective of the would-be groom, whom I made a doctor. The work proceeded fitfully, the story refusing to congeal. I found myself having great difficulty with the simple mechanics of getting my characters from point A to point B.

I kept slogging on, though, and, having nearly completed a first draft, finally realized where I had gone wrong. As I wrote, I found that the voice that spoke most compellingly to me belonged not to the doctor but to the priest. Father Stanco is an irascible, tart-tongued man, old and ailing (stanco means tired in Italian), haunted, despite his vocation, by the specter of his own mortality.  He is out of step with his flock, as personified by the doctor and the doctor’s fiancée, and contemptuous of what he sees as the laxity of the contemporary American Church. While his world view and mine have little in common, I found myself developing a certain affection for him.

I decided that I had to start over. “Matters of the Heart” was Father Stanco’s story, and I needed to tell it in his voice. When I did, the story finally took shape, and the writing flowed much more easily, if not quite with Faulknerian speed.

The nature of the story’s conception dictated my initial approach to crafting “Matters of the Heart.” The voice of Father Stanco then drew me off in another direction entirely. I believe that I needed to make that false start in order to get to my destination.