A post in our Milestones series from past contributor Margaret Adams.

During my first week at work in my first job as a nurse practitioner, I had a head cold. I sniffled through my new employee orientation, my eyes and nose running like a faucet, sneezing into the collars of the too-formal shirts I had unearthed for the occasion. I wondered if I actually had allergies or if it was the mold we’d just discovered in our new Pacific Northwest closets, and then I despaired over the fact that I couldn’t even tell whether or not I had a rhinovirus or an allergy, and I was supposed to be the clinic’s newest provider. I showed up for work nauseous both from nerves and from swallowing my own mucus all night.

On my first day of practice—no preceptor, fully licensed, and on my own for the first time—I saw seven patients, walking into an exam room seven times and saying, “Hello, I’m your nurse practitioner. What brings you in to the clinic today?” It felt like parade day for The Emperor’s New Clothes. I stood outside of each room for several minutes, adjusting the lab coat and stethoscope, which I would later refer to jokingly as “my authority costume,” hand poised to knock, gathering the gumption to go in.

That first day, I met a woman who was to be one of the most difficult patients I would have for the next year, one of the many patients I would spend whole weekends worrying about, wondering if they were okay, if I’d done the right thing by them. Later, I would want to say to her, “Do you know that you were the third patient I saw, ever, as a nurse practitioner?” I never said this to her.

I had been working for almost year when it occurred to me that I was becoming accustomed to the job—more, that the job was changing me, in ways that I could neither predict nor control. I sat with a patient on one of the worst days of his life, bearing witness and bearing bad news, and while I felt hollow and sad inside, I didn’t hear any rushing in my ears, and I didn’t lose any feeling in the tips of my fingers. Nothing changed in how I was present with that patient, or in the decisions that I made as his provider, but it was odd to notice the ear-rushing and finger-tingling only in retrospect, as a lost thing, rather than as something consciously experienced the first few times around. Afterwards I inserted a birth control implant into an anxious woman’s arm, and my hands didn’t shake a bit when I injected the anesthetic into her skin, not even when I knew she wasn’t looking and I could afford to let them shake. I knew that I knew what I was doing.

After months of being desperate for a day when I wouldn’t be so inexperienced, so emotionally overwhelmed by the onslaught of humanity that is both my greatest privilege and my biggest challenge as a family nurse practitioner, the milestone that was my first full year of practice came as a bittersweet victory. I still felt frequently overwhelmed, spending long evenings reading articles and reviewing my own decisions, but I was beginning to catch myself in moments of a new, hard-won confidence, unflappable in the face of things that would have thrown me just a few months earlier. The funny thing was, instead of feeling purely victorious for having achieved some measure of equanimity, I was disoriented, and wistful for my earlier raw, reactive self. One of my biggest fears was of becoming hardened. While it was a relief not to come apart at the seams, I felt as though I had lost something. I still caught myself thinking about patients weeks after they’d left the office, still had to pause and ready myself before some of the hardest conversations the job requires of me. But I had developed a new sturdiness, and it scared me even as I knew that I had waited for it. 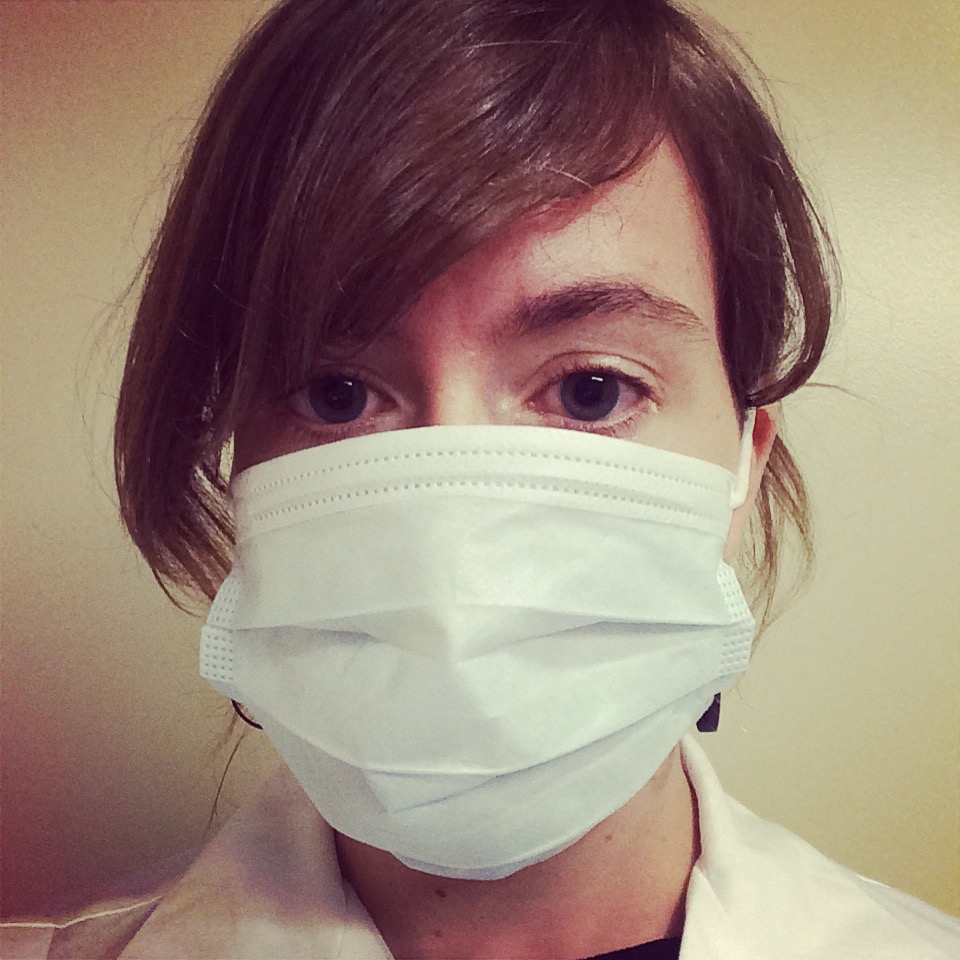 Margaret Adams is an author and family nurse practitioner living in Seattle, Washington. A former columnist for The Bangor Daily News and a Pushcart Prize nominee, her stories and essays have most recently appeared in The Bellingham Review, The Portland Review, The Baltimore Review and The Delmarva Review.

You are an amazing person and Nurse practitioner!! What i loved the most about your article was ” I showed up for work nauseous both from nerves and from swallowing my own mucus all night.” I remember seeing you do this: “What brings you in to the clinic today?” It felt like parade day for The Emperor’s New Clothes. I stood outside of each room for several minutes, adjusting the lab coat and stethoscope, which I would later refer to jokingly as “my authority costume,” hand poised to knock, gathering the gumption to go in. I love you and wish you nothing but the best. xoxo

Growing into the job, Meg. But you will never lose the sensitivity and the sense of care.