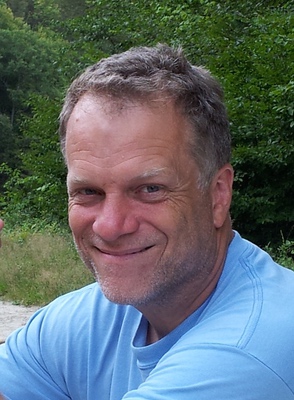 The Snow Catches Up

So, do you remember how it felt like the snow was going to catch up with us?

It was getting around mid-September, I remember, and we had gone down to Seward looking for work. Somebody told us there was work down in Seward after the tourists left and the fishing boats came in—scraping and repainting boats, fixing fishing nets, cleaning the cannery machines. But when we got there, all the jobs were taken.

We were down to our last couple of hundred bucks. We were leaning on your car, or what was left of your car, looking at the harbor and the empty piers, drinking coffee, I think, from Styrofoam cups. We were standing next to each other for warmth, more than anything else. It was raining. And then it started snowing.

“We’re screwed, we’re screwed,” I remember you kept muttering to yourself. We got in the car and started driving. The Datsun, your Datsun, had 190,000 miles on it, and four bald tires. We didn’t have money for a hotel, or a hot meal. We didn’t have money for anything but the ferry ticket. Three days we drove, pulling over and sleeping by the side of the road, watching a mountain of clouds chase us from the north and west, reaching like icy fingers. That snow, that first snow. It almost caught us. It started gathering in the treetops along the highway, on the mountaintops on either side of us.

Only a hundred miles to go, a state trooper waved us over. You rolled down your window.

“Afternoon, ma’am. Do you got tire chains?”

“Chains? Of course we have chains.”

“Okay. Well, the pass up ahead is pretty snowed up. They’re plowing but it may take a while. So you might want to put your chains on. There’s a pull off up ahead just before you start up the pass.”

Do you remember that you drove straight past the turn off?

“Shouldn’t we pull over and put on your tire chains?” I asked.

“What tire chains?” you said. And we drove ahead, the one working headlight half-illuminating the rising snowbanks, fluttering flakes swirling in the sky. But we were still lucky that night, and the plows did their work, and they kept the pass open. We floored it all the way down to the ferry.

Do you remember how nice the ferry was? It had a heated sitting room, a snack bar with hot coffee and cheap, edible soup. In late September, it was almost empty. We could stretch out our sleeping bags on benches in the snack bar and listen to the rain and wind beat on the deck above us. It rocked us to sleep. We had no intention of getting off it until it pulled into Prince Rupert.

And on the morning of the third day I woke up and looked out of a little porthole by my bench. We came out of a channel surrounded by steep black ledges and huge trees; suddenly I was looking out at the ocean. We were passing through a brief hole in the clouds, with sharp sunlight illuminating a swirling patch of ocean. Suddenly, boom! A huge whale breached upwards in the center of it all, looking up into the sunlight, and then crashed back down to the surface, and disappeared. I tried to wake you up but you were dead asleep.

Later, in the snack bar, warming our hands on Styrofoam cups of tea, I told you about the whale.

“You dreamed it,” I remember you saying.

I remember looking for some sign of humor, or sarcasm, or something. But you just stared out at the next big wave of rain clouds lashing towards us from the sea. It was always like that, at that end-point in our long trip. You were already planning to drop me and my sorry-ass duffel bag at the bus station down in Seattle, and that would be that.

And later that day, what happened was this—you were sleeping in your bag in the snack bar. I was up on the rail on the observation deck talking to some guy, some really scary guy, in military fatigues, with a purple face and shaggy long blonde hair. He had a Rambo knife strapped to his belt in some sort of home-made, duct-tape sheaf. He was standing next to a big blue plastic crate on a two-by-four frame with more duct tape straps hanging from it—a homemade, very large backpack.

Purple-Face Guy was telling me all this between bottle-sips of something foul-smelling that mingled with the ferry’s diesel waste and the stink of dead fish, meaning we were approaching the dock. You, I remember, slept through all of this, in your sleeping bag on the hard plastic bench in the snack bar across from me, missing everything. And then the ferry slipped into the polls of the ferry slip, and gently disgorged a few trucks and cars, and this guy, Purple-Face Guy, the guy I’m telling you about, walks down the ramp, and stops there. He stands there for a minute. And then he takes his bottle and throws it back at the ferry, smashing against its side. He starts shrieking unimaginable things, waving his arms in the air and screaming “Charlie! Charlie!” into the dense wall of fog shrouding the forest on the far side of the parking lot. It was clear that the last Great Alaskan Charlie Something wasn’t waiting for Purple-Face Guy on the docks when he got there after all. Suddenly silent, Purple-Face Guy walked into the fog and disappeared. And that’s when I thought—this is good, we’ll stay on the boat straight to Prince Rupert, and then we’ll get off this boat and far away from Purple-Face Guy and the other crazies, the other people who got left behind, and we’d soon be driving through British Columbia and it would still be September and we’d leave that wall of snow, that wall of snow that has chased us since we left Seward far behind, and maybe we’d just keep driving past Seattle, and keep going until we could wrap ourselves up in a desert someplace.

“Attention Passengers! Will the owner of a yellow Datsun, Colorado license plate MLU007, please report immediately to your car; you must move it to let other cars off the ferry.”

This is when I woke you up. You were not happy about it.

We went down the rusty stairs to the damp car deck and climbed into the Datsun. You started it, and it turned over. A ferry guy, looking not-very-happy-with-us, told us to drive off the ferry, turn around in the parking lot, and drive right back up the ramp. In the parking lot, still half-asleep and numb from the cold, you turned the wrong way, and we couldn’t figure out how to get back to the ferry. “Over there,” I remember saying again and again, “over there.” And you yelling “Where? Where?”

But in the fog—so thick now, rolling off the water—and with the darkness wrapping itself around us, we kept making the wrong turns. And by the time we made it back to the dock, we could see the lights of the ferry fading into the water, and then disappear into the blackness of sudden night, cold and sudden night; the next ferry wouldn’t come for two days.

I remember you sitting there in the driver seat, hitting your head softly, again and again, against the steering wheel. And there was still Purple-Face Guy, I thought nervously; somewhere out there in the fog with his Rambo knife, licking his new, fresh wound. And that’s when it started snowing again, I remember. It came in from the sea, blowing through the thick fog. Then it wrapped itself around the car, and the dock, and the lone street lamp.

“We’re screwed,” you whispered, again and again. And this time, I thought to myself, you are right. This time, the snow has caught up with us.

“ When people are truly desperate—when they are transient, running out of money, and unable to stabilize their situation—they often create imaginative, best-case-scenario plans that rarely pan out. The people in this story become overly reliant on the unreliable, and they get caught up in a perfect storm of bad luck and bad decision-making. I appreciate that the narrator holds on to his day-dreamy cheerfulness until the end, even while those around him lose all hope. ”