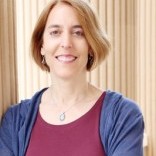 Pamela Schmid lives in St. Paul, Minn., and is the creative nonfiction editor at Sleet, an online magazine. She was the recipient of a 2013-14 Loft Mentor Series award in nonfiction and the runner-up… Read more » 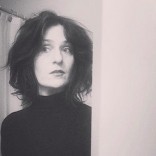 The Need to Use Your Teeth

Lauren Westerfield - The Need to Use Your Teeth

Lauren W. Westerfield is an essayist, poet, and editor from the Northern California coast. Her work has appeared or is forthcoming in Sonora Review, [PANK], Hobart, Phoebe, Permafrost, Noble/Gas… Read more »

“Brood VI cicadas are emerging across several U.S. states for the first time since 2000 and the last time until 2034. … Their mating calls are famously loud.”


My hometown hums with unseen ghosts. After all these years, too much has changed. Nowadays they sell aqua cultured caviar where we once ate greasy pan pizza. Down on Chain Bridge Road, lattes have replaced Slurpees. But right in the middle of town the old brick service station retains its sag-roofed splendor, unmarred by beautification. Its homeliness catches in my throat.

Remember, sister, those humid nights when we ran past all this in our waffle trainers? Remember, earlier still, our terrified glee as insects crawled out by the millions? We felt that brood in our bones. Over their lovesick chorus, we shrieked and plucked their crumbling mummy bodies from brick and bark. We tossed them skyward— expecting what, exactly? They were only husks by then. The live ones were long gone, singing their soundtrack from the branches. They sang because they’d waited in dirt for the right spring rain. They sang… Read more »