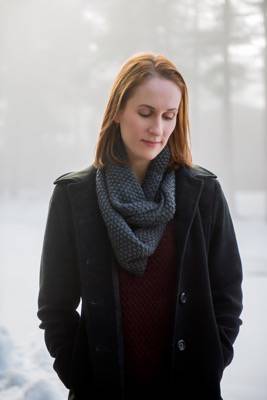 Kate McQuade’s first novel, Two Harbors, was published by Harcourt under the name Kate Benson and released in the Netherlands as De Vrouw Die Haar Leven Acteerde in 2008. Her more recent fiction and poetry have been published or are forthcoming in Black Warrior Review, Harvard Review, and Verse Daily, among others. She is the recipient of fellowships and awards from the Ucross Foundation, the National Foundation for Advancement in the Arts, and the White House Commission on Presidential Scholars. A native Minnesotan, she holds degrees from the Bread Loaf School of English and Princeton University and teaches at Phillips Academy, Andover, where she holds the Harkness Instructorship in English.

An Accident of Nature

Through the glass: July. Bright, teeming, the dead
middle of the thing, leaves so charged they flicker.
No bruisy wintry blues now, just a lawn edged

with shadows, and that little yellow shimmer
can’t be fall yet—only blight along the border
of the green. So we tell ourselves. Picture

me at the kitchen window, looking over
all we’ve tended. Seething, urgent green. The kind
that says today, green of arbors, ardors,

malignant green, frantic with now. You’ve called
to tell me no, they didn’t find the gene
in your bloodwork, the one that might forestall

the tumor’s growth, explain its lineage—might mean
history, might mean future. Just a little
accident of nature. Your voice is reeling

between laugh and car crash, a throaty middle.
Across the yard, years ago, a thick branch fell,
snagged in the armpit of the old maple

on its way down. It’s still there, balanced, swelled
with moss and moths and little buds, tender
shoots taking root in decay. As though the knell

of thunder or God—whatever rendered
it broken—could just be undone. As though
that maple were enough, those arms as slender

and fissured as any body. Noon. Shadows
in the grass are shrinking, the phone cord’s caught
and tangled in my hand; later, slowly,

daily, we will stretch them back out. Once, we thought
we’d know when it was time for life to shake
us down. The difference between growth and rot.

The clarity of falling, its vibrant stake
in gravity, that suck into earth’s keen
and hungry mouth. And yet it hangs there. Raked

and raw and rootless as any in-between,
as violent in its brightness, its ruthless green.

“ I’d like to say that I invented that broken branch for the sake of the poem, but it’s a real thing outside my window. I was looking at it when I got a phone call about my friend’s cancer diagnosis. When I wrote the poem, the branch metaphor kept slipping away from me, in a good way; I couldn’t tell if it was a stand-in for cancer (a fluke growth where there shouldn’t be growth) or for spitting in cancer’s face (the defiance of not only hanging onto life but flourishing, thriving, even after being knocked down). Those uncertainties, terrifying and hopeful at the same time—like most of my thoughts about mortality, I guess—became the poem. ”