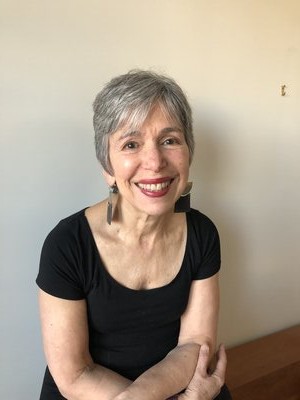 I hung his photograph on the wall above his notepad, signet ring, stethoscope, ten shaving brushes. That was my stratagem for grief. The items glistened in the evening sun before the stars came out, and I drank my nightly Chardonnay. Next to me is his yad. He was not a religious man. Nor was he an optimistic one. Though his favorite novel was utopian. Some look to the meteors and shooting stars for those they’ve lost. I thought I saw him once on the Western coast of Costa Rica. And he said, Forgive everyone, including yourself. It was a wild place still.

“ My father, with whom I was quite close, died when he and I were young. I keep some of his eclectic possessions by my side for comfort. I particularly love his silver yad (or Torah pointer), which he bought because he thought it was so interesting, not at all because he was religious. And I keep his collection of shaving brushes out on a shelf. I have his old-fashioned stethoscope as well. He was a doctor but did not practice medicine after the Second World War. The utopian novel my dad loved was Islandia by Austin Tappan Wright.

Many years ago, I went with my family to Costa Rica. The western coast was very hard to get to, and undeveloped at the time. This poem reflects an almost mystical experience I had that day. ”