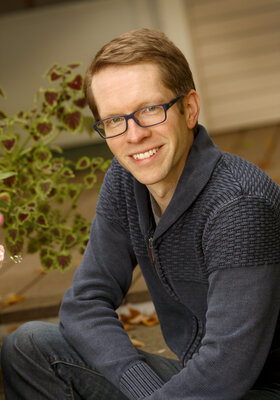 Jeffrey Bean is Professor of English/Creative Writing at Central Michigan University. He is author of two chapbooks and the poetry collections Diminished Fifth and Woman Putting on Pearls, winner of the 2016 Red Mountain Prize for Poetry. His poems have been featured in the New Poetry from the Midwest anthologies and in the anthology Good Poems, American Places. Recent poems appear or are forthcoming in The Southern Review, Crab Creek Review, Willow Springs, The Laurel Review, and The Missouri Review, among other journals, and online at Poets.org and Verse Daily. jeffreybeanpoet.com

The Best Day of Middle School

February. A layer of ice formed on the highways while the math teacher filled the blackboard with angular shapes. Our attention was turned, as always, to the windows. Bulging clouds. Sleet on pines. Cold birds eyeing colder birds hunched under branches. Then—on the road—a van spun sideways. We rose from our desks. It skidded into a ditch, crunching to a stop in snow. But slowly. Almost gently. Then, around the curve—a red sports car. Doomed, we knew with a thrill. The driver touched the brakes, the wheels locked, the car drifted off the road and nudged the van. It moved in slow motion, left no dent. A white sedan joined them. A blue truck. And another. Then, to our delight, a telephone poll fell, dragging its cape of wires. Dogs ran from the neighborhoods, jumped onto the windshields. The 7-11, where we stole cigarettes, crumpled and rolled into the pile. Then Western Skateland fell, the musty roller skates we had stood inside for countless birthday parties rattling onto the scene. We began to turn to each other. Are you seeing this? As usual, we did not make eye contact, looking instead at each other’s bodies, our gangling arms and bellies, our feet, all the wrong size. The teacher held his chalk. Eagles tumbled out of the sky and landed in cornfields with soft thuds.

“ I had very few good days in middle school. This poem is based loosely on my memory of an actual middle school day, one of the better ones, when through the windows during math class we got to witness a few cars slide off an icy road and skid to a stop in a ditch. This memory came back to me recently, apropos of nothing, and the poem was born. ”