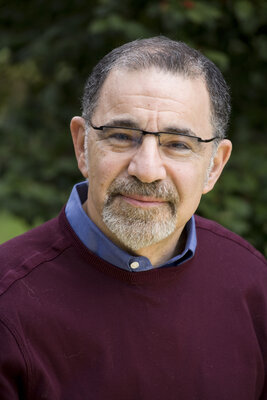 David Bergman is Professor Emeritus of English from Towson University and the author or editor of twenty books. Next year Black Spring Press will publish his first two murder mysteries, Unassisted Living and Intensive Care, set in a retirement community in Baltimore.

The Man Approached by Dead Lovers

The dead he once made love to often return to check on him, and to show off how they’ve grown no older or weaker than when they last had sex. He, of course, suffers mortality’s predictable losses that they’re far too polite to mention. Instead they smile and wink and lay bare parts of their flesh to prove they remain as desirable as ever. They seem glad to be out of the underworld, and able to show off to the living what they preserved out of sight, in the timeless vault of the imagination. In the garret of his mind he finds the color-field painter stretching his skin like raw canvas across his sturdy frame, and in the kitchen the waiter whose succulent lips pucker like a guppy’s in a fishbowl. In the bathroom waits the hairdresser whose chest is as thick as an old-growth forest, clicking his scissors like castanets as he dances on the tiled floor. But the dead, though gorgeous, are not interested in seduction. They might unbutton their shirts down to their navels, but they never take them off. Nudity is reserved for life and not for these post-mortal encounters. The dead who contact him are always men he met during the day, his afternoon delights, as if the sun burnt their images on his brain. He picked up a few in the early morning, after a fruitless night of lust. But he met most of them in late afternoon, when work was officially over and dinner plans yet-to-be-made, when he could saunter free from care and open to possibility for others like himself, filled with desire, men taking the air and unafraid of taking all of it.

“ I wrote poems whose title began ‘The Man Who . . .’ for many years, and I still may write more. I have always loved case studies, and in these case studies, I could mix my own experiences with whatever material I needed. Sometimes I retold stories that others told me. Sometimes I used mythology or stories torn from the headlines.

‘The Man Who Was Approached by Dead Lovers’ grows out of several experiences. I am a gay man who came out in the early 70s, a decade before the AIDS epidemic. I am now in my seventies, and so many of the men I made love to have died not only from AIDS but from accidents and disease. Suddenly very vivid memories of them come to mind, and I am filled with loss, and joy and regret. Much is made of the profligate nature of the sex at that time, but few encounters have been more magical for me than walking down a street and suddenly feeling the interest and desire of a man whom I found interesting and desirable. These encounters did not all end in bed. Sometimes, as Auden says, we had ‘places to go and sailed calmly on.’ Nor do I feel that I initiate these sudden recollections of the dead, rather the dead seem to be checking up on me. Not as guardians, because they have no power to protect, but as well-meaning snoopy neighbors wanting to hear the latest news. ”