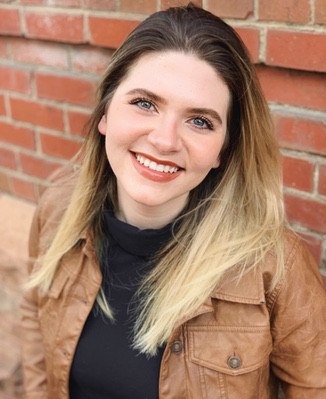 Cara Lynn Albert is a writer and educator originally from Florida, and she is currently embracing the Rocky Mountains while she completes her MFA degree at the University of Colorado Boulder. Her work has appeared or is forthcoming in Puerto del Sol, Superstition Review, Barnstorm, and elsewhere.

Every day, each of the five girls had to participate, including Nan. They sat in a circle during lunch and took turns, whispering a secret into the ear of the girl on her right. Each secret would be passed around from ear to ear until it reached the final girl, who would announce the now mangled words out loud, softly, only for those in the circle to hear. And the most important rule: no one could repeat what was said when the game was finished.

Nan had a stutter. She acted as the filter. The other girls wanted to confess their secrets to Nan first, because when she repeated them, she fractured the words. Disfigured the syllables beyond comprehension. Shelley Campbell admitted to sampling the sixty-year-old scotch her parents locked in the liquor cabinet. Annie Williams stole fifteen dollars out of her father’s wallet.

The brown stuff in Mom’s cupboard tastes like poisoned honey.

Dad had twenty in his pants. Now there’s only five.

They would breathe these confessions into Nan. Their clammy pants lingered on her lips. Settled in her nose.

Her parents trained Nan to embrace her stutter. Fragmenting sentences, breaking phrases down into sounds and syllables bred a higher command over language. A word could be rendered worthless if beaten enough.

This strategy’s value blossomed when Nan witnessed her mother kissing a younger woman.

The living room was full of grown-ups draped like forgotten laundry across the couch and armchairs. Two hours earlier, they were silly off the cabernet and champagne they had brought for her father’s birthday. When an hour passed without hearing a voice, Nan pulled on her socks and skated out of her room, hoping to steal a taste of red wine dregs at the bottom of a bottle. She watched them through the window to the outside porch. Her father slept on the coffee table fifteen feet away. The woman folded in her mother’s arms was the daughter of her best friend. A sophomore in college. Nan studied her silken legs. The crescent moon curve of her back.

The next day at school, Vanessa Perez sat to Nan’s right.

The words swelled in Nan’s throat. Each girl cupped her hand around another’s ear, maiming the sentence as they repeated it. Annie concluded the circle. She shut her eyes and giggled as Shelley pulled away.

Lunch wasn’t enough, especially after the sophomore confessed to Nan’s father. Nan rallied the other girls during recess. In the courtyard before school. Soccer practice. Begging them to play the game again. Coach scolded Vanessa when she pushed Nan for muttering against her neck during drills.

Nan saw her parents’ separation as evidence of a mistake. That “love” was splintered and flayed until the meaning turned hollow. They branded their arguments onto Nan, and she garbled their words while the blisters scabbed over.

I married a f-f-ucking whore.

Who granted lifespans of blue jays?

The Sunday before her mother moved out, Nan heard strained mewling from the hallway bathroom. Once the room was black and vacant, she crept inside and kneaded the frigid tiles with her toes, feeling the cracks in the grout where some tears landed and mixed with the grit to make clay.

Monday, the girls asked Grace Tucker to sit at Nan’s right. Nan leaned close to Grace, watching the stray eyelash hanging off her cheek. Faded freckles spilling to her lips. Nan covered her own.

She quit before the words could leave Grace.

Her mother quit, too.

Now, Nan sleeps next to a man she doesn’t love. Years of discipline have dissolved her stutter, though his deafness means he can’t tell the difference. At night, when she’s awake and he’s in the space between consciousness and sleep, she continues to purr secrets into his ear. Nan tells him she will never love him, lips brushing against the stiff stubble on his jaw, and he replies with the soft breaths of someone that can’t listen. She repeats the words until they grind to sand between her cheeks.

“ ‘Telephone’ marks my first venture into writing queer literature, and I wrote the original draft of this piece shortly after I came out to my mom as bisexual. A story about the game of ‘telephone’ has interested me for a while, especially its potential use as a sort of therapy for a child living in a dysfunctional household. That idea combined with the struggle of coming to terms with one's sexuality fueled this flash fiction story. ”