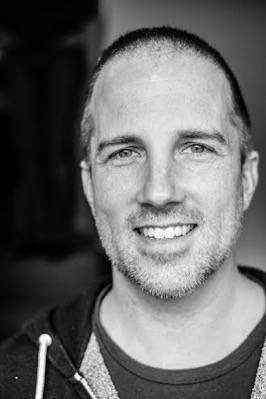 Matthew Vollmer is the author of two collections of short fiction—Gateway to Paradise (Persea, 2015) and Future Missionaries of America (MacAdam/Cage, 2009; Salt Publishing, 2010)—as well as a collection of essays—inscriptions for headstones (Outpost19, 2012). His work has appeared widely, in such places as Paris Review, Glimmer Train, Tin House, Virginia Quarterly Review, Epoch, Ecotone, New England Review, DIAGRAM, The Normal School, Oxford American, The Sun, Best American Essays, and The Pushcart Prize Anthology. With David Shields, he co-edited FAKES: An Anthology of Pseudo-Interviews, Faux-Lectures, Quasi-Letters, “Found” Texts, and Other Fraudulent Artifacts (W. W. Norton, 2012), and served as editor for The Book of Uncommon Prayer, an anthology of everyday invocations featuring the work of over 60 writers. His next book, Permanent Exhibit, is forthcoming from BOA Editions, Ltd. in 2018. He teaches at Virginia Tech.

“ About one year ago, in July of 2016, I began to write and post essays—most in the form, more or less, of literary collage—to a popular social media website. I had grown increasingly disturbed by the content I encountered as I scrolled through my feed; it seemed as though everyone was saying something outrageous, or expressing some kind of outrage, and so I challenged myself to attempt to reclaim the space of the status update, to see if I could use it as a place to meditate, reflect, juxtapose, and create something new. This essay is one of about 40 or so that I wrote during the last half of 2016, many of which will appear in my next book, Permanent Exhibit, to be published by BOA Editions, Ltd., in 2018. ”