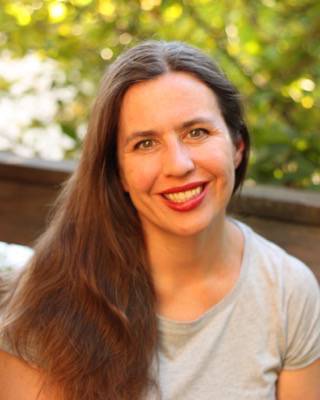 Kate Washington is a freelance writer and essayist whose work has appeared in a wide range of publications, from The Bellingham Review; Brain, Child; and Ninth Letter to Sunset, The Washington Post, and Yoga Journal. She and her husband are the founders of a small not-for-profit literary publishing house, Roan Press. They live in Sacramento, California, with their two daughters.

“Where did you get that watch?” a stranger asked my mother. It was 1979, and I was seven, and we were in New Zealand, two seasons and 24 hours of travel removed from our California home. My mother was enduring her first major depressive episode; years later, she would tell me that on our flight home she had hoped the plane would crash over the wide Pacific, to end her misery. The stranger went on: “It wasn’t in Seattle, by any chance? I lost one just like it there, and I’ve never seen another like it since. I’m almost sure I lost it downtown, at the Nordstrom. I went back to the lost and found, but it never turned up.”

It’s no surprise the stranger would recognize the watch instantly, would seek it on a stranger’s wrist. I’ve never seen another like it either: a Seiko, gold tone, delicate yet mod, an artifact of the 1960s. The gold has worn away on the clasp and at the edges. Around the face, a tiny ring of beveled, silver-toned metal has a deceptive shine, like precious stones. My mother was trained by her mother to be a well-turned-out sorority girl, in a time when girls and women were expected to match gold jewelry with gold, silver with silver. By those rules, that silvery circlet kept the watch from clashing with her platinum engagement and wedding set.

Turn the watch over, and the plate on the back notes that the top is made of base metal, the back of stainless steel. The bracelet-style band is a chain of tiny, blocky striated chunks, pierced through with tiny parallel openings. Each link resembles a tiny version of the abstract sculptures that might hulk outside libraries or city halls of towns that were prosperous and consciously forward-thinking a half a century ago, the public art of places caught up in the midcentury boom in which my mother came of age. Every day since, my mother wound the watch, so faithfully that the gilt on its mechanism had slowly worn away on the knob.

I don’t know where, or when, my mother got that watch, though I imagine it was at her college graduation, when that platinum engagement ring was already on her fourth finger. The details of the story of the stranger are a little fuzzy as well, but I cannot ask her to clarify. Some thirty years after that New Zealand trip, she completed the suicide she once longed for, overdosing on a cocktail of blood-pressure medicine and an antidepressant. I don’t know when she last wound the watch, before her death, or exactly when it wound down after. For years after her death, I kept it in a drawer. Something superstitious in me shied away from its quiet, even ticks. I convinced myself that it couldn’t possibly keep good time, that my cell phone was more reliable, that a watch on my wrist was just a distraction and a bother as I typed.

Years after that New Zealand trip, the story as I remember it goes, another stranger approached my mother. “Where did you get that watch?” my mother was once again asked. “I have the same one and I’ve never seen another like it,” she continued. This woman had not bought her Seiko. For years, she confided, it had lain, unwound, neglected, in the lost and found at her workplace, the flagship Nordstrom in downtown Seattle, until some unknown deadline ran out and she was allowed to take it.

There was no way for my mother to connect the watch-seeker of years before to the watch-finder. I’m not sure if she even told the second woman about the first one. What would have been the point? Some circles do not close, and some losses can never be rectified; they can only be worn smooth as the years tick by.

We all have our talismans, those things we are seeking at every lost and found. Some eye a gold-toned watch on a stranger’s wrist; some search for time itself, and some, like my mother, relief from time’s painful march. My mother’s watch, as odd and beautiful as she was, winds down as quietly as she did, after long and equally quiet persistence. It hangs on my wrist now, a wrist slowly thinning to be as knobby as hers. It keeps perfect time.

“ I suspect most of us can think of some item (a pen, a wallet, a particular necklace) that is so much a daily part of a parent or other loved one that it is hard to imagine the thing without the person. After my mother died, her watch was like that for me: so personal, so evocative of her, I could hardly look at it for a long time, much less wear it. The daily reminder of her now that I do is more sweet than bitter, but honestly I’m a little bit paranoid about losing it. ”