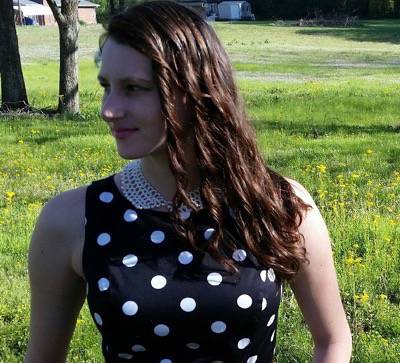 Jaclyn Dwyer has published poems in Ploughshares, Prairie Schooner, Iron Horse Review, Rattle, Columbia Poetry Review, New Ohio Review, The Journal, and Witness, among others. Her prose has appeared or is forthcoming from Pleiades, Salon, Fairy Tale Review, Hayden’s Ferry Review, The Pinch, and Brain, Child. Jaclyn lives in Florida with her husband and daughter.

When the man lets go of my arm and slips into a cracked door at the end of the alley, I don’t run.

I was never good at geography. My husband and I play Wii Jeopardy and curse at Katie, the computer avatar with bad highlights, who sweeps the category from us both.

I keep walking, jostle through the streets of Morocco draped in my roommate’s gear for the day, his camera tucked into an army green messenger bag. I militarize myself, dial in and charge toward the pink lights three blocks ahead. My brown map-print purse raps my hip with each step. The antique fabric warns HERE THERE BE MONSTERS in a tea-stained swath of sea that doesn’t help me here.

When I was six, my godmother bought me a desk and topographic globe. Every country was a different color. I ran my finger over the mountain ranges, lingering over the soft bubbles where the land rose up like a keloid scar. After, she sent my mother postcards from Mississippi, Missouri, but I never saw her again.

“I’m meeting someone,” I say to the man, “Someone is waiting for me.” It’s not a lie. I’d dropped my roommate at the Turkish bath and planned to reconvene at the coffee shop after his sweat and scrub. I lug all our gear for the day, alone in a crowd of strangers who do nothing when the man hooks his arm in mine.

In seventh grade, I won the class Geography Bee because the boy behind me whispered all the answers in my ear. Sherwood Forest. Boomerang. I moved on to compete against the school and lost. No one was there to help me.

For half a block the man holds on in broad daylight, our elbows deadlocked against each other as I try to outpace him. The moment our feet leave curb for cobblestone, he tugs and tows me from the crowd. My bags hula hoop my hips in the alley where a door is propped open. Four fingers and a foot are waiting.

My sister and I used to rest our finger on the equator and spin. Wherever our fingers landed, that was where we were supposed to live. She landed on Moldova. Djibouti. I always seemed to end up in the middle of the ocean, my finger adrift in a flat span of blue.

When my roommate asks, “Who wants to go to Morocco for break?” I volunteer because it sounds romantic. My sister jokes, “Don’t let him trade you for a camel.” I laugh and look up Morocco on the map. My finger scans three continents to find it.

Early cartographers were explorers trying to make sense of the world. They gave shapes to the surface of things to document a navigable path, a dangerous route. I can’t even be sure of which city this happened in.

The cities are steeped in deep blues and reds and greens. The hues of earth and water. The guidebook is color coded. My roommate carries the book. He buys a fistful of saffron and carries the bag the color of clay from Fes to Meknes. If you touch it, the saffron stains everything like rust that won’t rub off.

In Marrakech I enter the medina squinting. My blue-tint lenses fail to filter the sun. I don’t notice the snakes until someone shouts when I almost step on a spool of black scales. Triplet cobras, their bodies scrolled on red earth and a charmer in white, three upturned baskets by his side. But this is some other city. This is not Marrakech.

I make it back to the coffee house where I drown in pink lights and svelte Coke bottles I save and, ten years later, display on the same bookshelf as my wedding photos. My instinct is to persevere through preservation.

The world is divided into snakes and charmers. It is often difficult to tell what is before you until it is too late.

Now that I’m a mother, there are stories of my life I’m not supposed to tell, parts of the world I am supposed to shade over as if they aren’t there. This is one of them. Still, I want to map out all the alleys where worlds close behind doors, where someone else is waiting, not just for the man who disappeared, but for me too.

“ Ten years ago, long before I ever met my husband, I went to Morocco with one of my roommates. This is one of many stories I often tell and retell about that trip. My husband found this story in particular so upsetting, one day he asked me not to remind him of it anymore. I didn't understand why at first. Then, I had our daughter and saw how delicate our paths are. How quickly one’s course can change. How difficult it is to reroute. Every day I pass that Coke bottle on the shelf, grateful to be in this room with them. Even now in the era of GPS and smartphones, I still travel with a map in my glove box. It's comforting knowing the way out is right there ready to unfold across my lap. ”