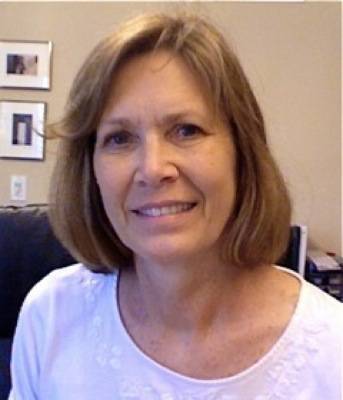 Marjorie Stelmach’s most recent book of poems is Without Angels (Mayapple, 2014). Earlier volumes include Bent upon Light and A History of Disappearance (University of Tampa Press) and Night Drawings (Helicon Nine). Individual poems have recently appeared in Arts & Letters, The Cincinnati Review, Image, The Iowa Review, Kenyon Review online, New Letters, Prairie Schooner, Tampa Review, and others, as well as twice on Poetry Daily.

The Stylite Prays for Visions

My sandals are deeply stained
with blood from the steep slopes and peaks
of my penitential stones, and still, not once
in my years of observance have I been granted
a vision.
Worse, in my repeating dreams,
birds flock to feast on my sins, crying: spite,
scrupulosity, pride pride pride. In defeat, in defiance,
I take my stance atop this pillar, spread my arms
to the heavens. Stay.

Thus begin the decades of my lessening,
seasons of abiding Heaven’s scorch and storm,
unwinding in my wake a pilgrimage as long
as the turning of earth.
Below, my brothers, too, revolve
with the cities and graves of the plains, enduring
the circling demands of sowing and harvest,
canticle and psalm.
Each evening, one of my order hoists bread
and goat’s milk to my platform. At dawn, another
hauls down the emptied bowl. I see I am a burden
and pray to grow smaller.

In time, it becomes the way of things: a man
on a platform in the sky. No one gapes, no one cranes
in awe: unremarked, I wane in their eyes toward
sainthood.
When, day after day, my meals are lowered
from the platform untouched, they understand:
I have learned to live on air.

Now, with my flesh broken back
to its elements, my damaged soles returned to earth
after all these years, I rise into the grain, and again
into the loaves.
Because they have shared for generations
in the bounty of my bread, the birds assume
a formal demeanor winging off with my eyes.
Who can say what holy visions they see
as they go?

“ Who would even conceive of the idea: to stand on a raised platform fasting, praying, preaching for 37 years, as Simeon Stylites reputedly did?! I wrote ‘The Stylite Prays for Visions’ to try to understand what form such a conception might take within a community of brothers. After struggling for nearly two years with the poem in third person, I moved it into first person and my own vision began to clear. ”

You’d hear it edging a conversation—a lengthened vowel
or the slight vibration of a consonant. Then the briefest

of pauses, the veer, and the squaring of a jaw. Even the idlest talk
seemed mined with the broken bits of something someone

wished they’d said years back when it might have mattered.
So little margin for error. What with the merciless winters,

the mines closing down, the pinch of hard times, you learned
to parcel your words, scrimp, take precautions. Economies

strung on the wash lines. Food stamps in checkout lanes.
Boarded-up stores. For Sale signs that have stood for years.

Everything here says go, nothing allows the going.

Just watching, you learn it—how strength can decay over time
to a sour endurance that fuels its own furtherance.

The way a place may seem, at first, severe but not unfair:
you are equal to it. Then comes a winter so brutal you burn

the last of the woodpile and turn to the furniture. You never
speak of it. Next season, you make such ample provision

the surplus stays stacked in abundance through a score of springs.
Faced with such bounty in such a world, what else can you do?

“ The details of ‘Thrift’ are drawn from decades of summer visits to Michigan’s Upper Peninsula where I learned as a child to look beneath the habitual reserve of the residents to find a reliable kindness and an elemental fortitude—virtues required by their hard economy and harder winters. As with so many of my poems, this one began with a question I asked myself year after year: Why would anyone remain in so harsh an environment? ”