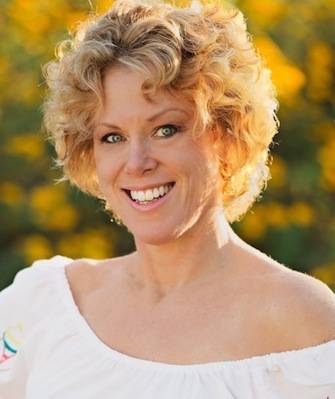 Through the wall, the rush of water, my daughter’s voice—singing the Decemberists’ “Infanta.” We’ve never been to Boston; we’re here to look at colleges over Thanksgiving break. Not Harvard. She likes Rhode Island School of Design, in Providence. I’m glad she’s an artist—I get the chance to understand her. We toured the RISD campus, which they call Rizdee. Smelled the turpentine in the day-lit studios. In the Film Building, I let my fingers rest on the edge of a take-up reel while I spun the rewind, just to hear it sing, like when I was in film school.

On the hotel television I’m watching a PBS show about turkeys. The show sneaks up on me. A man named Joe Hutto is incubating sixteen wild turkey eggs. He wants to imprint them—to be their mother—and raise them, to get a look into their world. Here is a close up of speckled eggs, with Joe in the background, making convincing turkey sounds. The eggs—the eggs—answer back, peeping, and I weep.

It’s good to get my weeping done while she’s in the shower. She thinks I cry too easily at the television. The eggs pip. Joe is so full of awe; he almost forgets to make his turkey sounds. The first poult cracks open its shell and stumbles out. Joe’s gobbling sounds come from deep in his throat, soothing and welcoming. The wet poult pivots its tiny, pin-feathered head, searching for the sound. There it is. It’s Joe! They lock eyes, and Joe says in voice over:

Something very unambiguous transpired in that moment.

Now it is not the television, it is not Joe and the hatchling turkey; it is my newborn daughter brought around crying from behind the C-section drape, straight up to my face. There she is—she is perfect. We lock eyes. I say, “I love you, I love you.” She stops crying, her eyes wide.

Through the wall, the water stops running, her singing stops. The turkeys are seven days old and they can fly.

“Why are you crying?” She’s wearing a hotel robe, her blonde hair turbaned in a towel.

“These sweet turkeys!” Onscreen, the young turkeys flutter around Joe, lighting on the fence he’s sitting on, then his shoulder, his head. The scene is backlit, with glittery particles of dust orbiting around Joe and his brood.

She arranges some pillows and nestles next to me on the bed to watch.

The turkeys follow Joe everywhere. He doesn’t have to teach them how to be turkeys. They know what to eat, which snakes bite or not, and where all the grasshoppers are. When he is with the turkeys, an array of woodland animals venture near. Deer, box turtles, rabbits and squirrels. Joe is full of wonder. He is an honorary turkey.

But Joe can’t keep close tabs on these birds for long. They are becoming more independent. And he is hungry for a sandwich. By the time he returns to their pen, a corn snake that slipped in through the chicken wire cannot escape back out again, due to the large, turkey-shaped bulge in its middle.

“I can’t watch anymore.” She starts to get up.

Joe shoos the snake away, chastened by the loss. My daughter settles back in.

The turkeys are birds like other birds. They fly the nest. Joe knows this, he does what he can to ready himself, but this whole experiment requires more emotional elasticity than he can imagine. It is gut wrenching—even for a man who is neither a turkey nor a mother—to watch the turkeys disappear one by one, until they are gone.

Guitar riff. Montage: Joe remembers the turkeys in reverse. The bold young toms and inquisitive hens. The fledgling poults. This sweet chick, exploring the tall grasses, her eyes drowsing from all she’s taken in.

By now we’re both weeping.

“ The PBS show I happened upon that Thanksgiving Day was ‘My Life as a Turkey,’ based on Joe Hutto’s beautiful book, Illumination in the Flatwoods. About his experience, Joe writes: ‘Had I known what was in store—the difficult nature of the study and the time I was about to invest—I would have been hard pressed to justify such an intense involvement. But, fortunately, I naively allowed myself to blunder into a [two-year] commitment that was at once exhausting, often overwhelming, enlightening, and one of the most inspiring and satisfying experiences of my life.’ Aside from the time frame, I am struck by how perfectly he sums up my experience of motherhood.

While it’s impossible to anticipate the impact of my daughter leaving home for college, writing this piece allowed me to coalesce the moment when—whether we realized it or not—we began to ready ourselves. ”