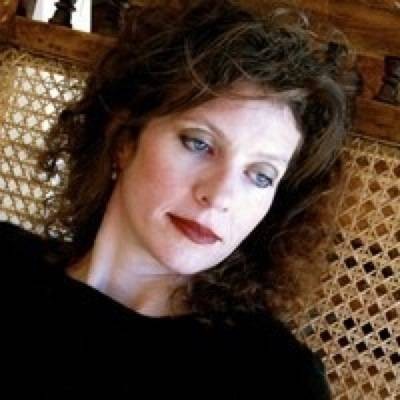 Maureen Alsop, PhD, is the author two full collections, Apparition Wren and Mantic, as well as several chapbook collections. Her poems have appeared in a variety of print and online publications including Barrow Street, Blackbird, Harpur’s Palate, AGNI. www.maureenalsop.com

divination by means of sunlight’s reflection over fingernails

I read the cues as she walked from the house: invisible glimpses, stars
rising and fading, water rings where winter's coarseness
theorizes a darkening table.  She may have loved
the splintered circle her lips
formed as she spoke through knotholes—

On the day my mother died
three dead girls rose up into a knife-fight. Reborn
among saplings' velvet tips their handsome, sunburnt faces
shone clear against smooth gray trunks. The incident of their arrival
silenced the bells across the neighboring lake; the girls
whispered to me the language of their keeping
the beloved was just with you. That night
an angel left a hen
singing in the last of a thousand valleys; questions
cast strange hesitations. Snow in the west corridor. Roses bombed glaze. O,
but the soul had other ideas, a consciousness

separate from the body. Daily I traced the veins
on my temples in the mirror; opening a woman
in the glass. I fingered contrails where the shoal’s depth
defeats the sun—

So I say to myself, so saying to her
as if she were another—well this is one way that we might continue
to speak so that I could go outside into the world soon and love only this other—

But the archivist inside my head
patterned human elements
from bird-scrim pressed to glass, flinted
milk like fire. In dream
rocks make orchestra and shelter. Grief’s capacity

is part joy for its certainty. Her name,
as birdsong, balms the margins.

Lithomancy In Which The Irises Nest in White Blue Streams

divination by means of reading stones

As onyx grazes calcite. So a pair of black chinned hummingbirds loosen the southern sky. Among the loam, amethyst roots reveal a lover's ruin. Her purpose found. A barely mustered courage. The delicate body nightly slips the mind. Gentle, the hemlocks express temperance. Cuckoo flowers sink in meteorite reeds. Ever darker we grow in love? The sea voice, the fossils speak. The softly singing.

“ These poems are based on specific forms of divination, and are a continuance of poems which are found in my recent collection Mantic (Augury Books). Lithomancy is the basis for a sequence of poems which include stones reputed to hold specific healing properties. Onychomancy is a poem about the spiritual aspects of death; where our loved ones go, what’s left behind, gazing at my hand, light around my form, a reach. ”