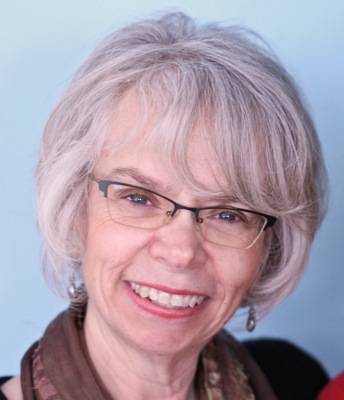 Linda Parsons Marion is an editor at the University of Tennessee and the author of three poetry collections, most recently, Bound. She served as poetry editor of Now & Then magazine for many years and has received literary fellowships from the Tennessee Arts Commission, as well as the Associated Writing Programs’ Intro Award and the 2012 George Scarbrough Award in Poetry, among others. Marion’s work has appeared in journals such as The Georgia Review, Iowa Review, Poet Lore, Asheville Poetry Review, Shenandoah, Louisiana Literature, Birmingham Poetry Review, and Ted Kooser’s syndicated column American Life in Poetry and in numerous anthologies, including Listen Here: Women Writing in Appalachia, and The Southern Poetry Anthology, Volume III: Contemporary Appalachia. She lives in Knoxville with her husband, poet Jeff Daniel Marion.

One ha' penny, two ha' penny, hot cross buns!
If you have no daughters, give them to your sons!


Of stubborn stock not easily converted,
my daughter refuses the Easter bun. Licks
the lemony white cross, then hands it over,
burnished in glory. No Jesus bread for me,
she says, as if a bite would singe her tongue,
roof of her mouth, brand her as one who scuttled
the damp Roman catacombs, risking life and limb
to kneel, genuflect to a whispered presence
among the hidden faithful, as if the solid plumpness,
dotted in sweet currants, would stick
dry as the host in her throat.

Pagan Saxons, to honor Ēostre, cut across
the dough—four quarters of moon, four elements
of substance and breath. In Christendom, baked
on Good Friday, a roll hung in kitchens against
fires, plague, shipwrecks, hunger, not moldering
the whole year, it was said, swirled in cardamom,
cinnamon, spices shrouding the crucified body.

Had I led my daughter to the well more often—
the pew, the font, the hymnal—to Mount Olivet
and the multiplied loaves, had I swallowed
my own stiff-necked resistance, she might take
this offering forged of past and present, raise
Sunday’s cup to her lips. She might whisk
this bowl of soft winter wheat into warmed
yeast and sugar, spread farm butter, jam
red as stigmata on the egg-washed crown,
a golden, redeeming alleluia.

“ This poem represents the far history and the near: the religious and historical sources and connotations of hot cross buns and the even deeper and more complex history of mothers and daughters. My surprise at my daughter’s refusal of the bun last Easter launched me into it. I wanted not only to explore our push-pull relationship, but also my own perceived failing as a parent. The evocative subject of food is always a great leveler! Ultimately, our common ground will always be bittersweet, our hunger for each other incomplete and unsated. ”