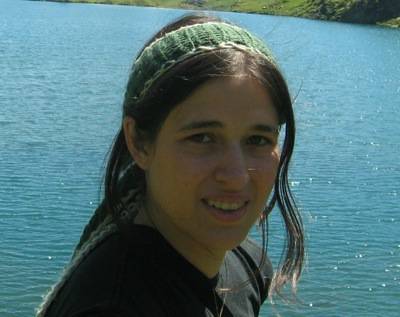 Janice Greenwood’s writing has appeared in Cider Press Review, Cimarron Review, and New England Review. She was recently nominated for a Pushcart Prize. She received her BA from the University of Florida and her MFA from Columbia University, where she was a Benjamin T. Burns fellow in poetry. She is an adjunct instructor of creative writing at Mohawk College.

Shortly after Maria had been released from the hospital, the snails began to destroy the garden. First, they ate through the plants. Then, in a single night, they ate the leaves of Maria’s hibiscus and her acacia; they ate the cat food, and then the bark of her palmetto tree. That was bad enough. But then, the snails ate through the plaster and the stucco of the house. When Maria found them curled up in the nooks they had made in the foundation, she decided she could not wait. She bought a pallet of mason jars, a pair of yellow rubber gloves, and set out to harvest them. They were disgusting.

It was the summer after the Burmese python invasion. The local news videotaped one that had burst open while trying to eat an alligator. The battle had reached a draw—one week an alligator could show up half-eaten beside a Miami canal, and the next week a python would be found bloated, unmoving, on a sidewalk, its heart and body swelling to the breaking point with alligator. And, while most of the pythons had left the city by December, taking refuge in the miles of saw grass in the Everglades—much to the relief of city-dwellers—occasionally, the news would report a dead dog or cat.

The snail invasion was more personal. One single hermaphrodite could ruin a whole garden; a family of snails could eat through the drywall. Marisley Rodriguez took one look at the six-inch snails and became bedridden, said the snails gave her an attaque de los nervios. She hadn’t left her bed for weeks. Her husband had to feed her in bed and keep the curtains closed lest she glimpse a single snail crawling up a tree. While the neighbors let their gardens go to hell, hiding in their houses as the gargantuan snails moved from leaf to leaf and then to the plaster, Maria walked through the yard dumping them in her bucket. The neighbors said they were waiting for the eradication campaign to reach the neighborhood. Yet, at the city’s rate, there would be no garden, and maybe no house by the time the men and women in their yellow biohazard suits arrived. And so, every few days, Maria would wake with the sun to pluck the snails off her plants. They grew on the branches like brown-and-yellow exotic fruit.

The rumor was that Oloye Elleguá and his wife—who lived in the corner house on Maria’s block—had hidden the baby snails in their underwear when they came home from their vacation from the coast earlier that summer. Word was they crushed the snails for potions and balms and rituals which they used on the longest day of the year. When Oloye opened his front door, sometimes Maria caught a glimpse of the cowry-eyed skull and the snail-shell mouth stuffed with coconut.

Maria hosed off her front porch, the crushed shells scattering under the force of the water. She set the mason jars down inside her kitchen, opened the lid, and flooded each one with a cup of Clorox. The snails pulsed and foamed.

She set the jars outside. Pain radiated down her back and settled on her hips.

She sensed it now in her bones and muscles. As a younger woman, she had been frightened that death was not death—that instead the mind froze, locked in quick spirals around a single moment infinitely extended. On good days, death could be imagined as a bright rose of light, and on bad days it would be the kind of pain whose colors morphine only dulled. She looked down at her work—her potatoes. Their skins gathered like heavy parchment on the bottom of the sink. It was the same work her own grandmother had done in Havana.

The peeled potatoes were slick, raw, and hard. For years now, Maria had been trying to cook the dinners her grandmother had cooked, but some aspects of the recipes had become lost in transmission and the food tasted differently.

Where was Henry? He used to stay and talk to her—but that had stopped since—when?

Maria stood listening to the water run. Her memory adjusted, gloaming beautifully over moments that seemed inconsequential at the time but had since taken on new importance: dinners, walks outside in the early morning or late afternoon—these things persisted vehemently.

The Dutch saw an attention to detail as a methodology in itself. They sought knowledge in the surface of things, and saw knowing surfaces and their interrelations as the same as knowing the world. Maria searched the room for those surfaces, but she only saw the Frigidaire range and heard the hum of the Viking refrigerator. The days of full rooms were over, and memory slipped neatly over the empty spaces, confirming what was convenient—what was at hand. The snails had left the vague scent of mildew in the living room. The linoleum near the doorway had sunk into an irreparable depression, a zodiac of halogen light where the floor rotted over a sinkhole.

And now what? Maria leaned back against the Formica table and watched the broth boil. She nursed a softer guilt on evenings she cooked, a guilt that stemmed from remembering that, when her daughter had been younger, she never had the time to cook and had often ordered meals out, or had left Henry to make them. And God, how scared she had been, pregnant with her daughter—dreams of encephalitic monsters; dreams where the doctors had to perform cesareans on her spine because, for some reason, the baby would not come out the right way.

Maria set a carrot on the cutting board and sliced it into thin, coin-shaped pieces.

And then, when a snail dropped onto the sidewalk, shattering like an egg, Maria stopped cutting. She shut off the kitchen light. Through the glass, she saw the vague palm fronds swaying in the dark, the masts of a ghost ship crossing an illegible sea. She turned on the light again and stacked the coins of the carrot, as if she could put the vegetable back together.

Maria returned to her potatoes, still sitting in the strainer like faceless heads. She opened the curtains. In the half-light of an evening settling into its own fading, Maria saw the branches covered in snails.

If she screamed, would anyone hear?

The evening no-see-ums formed galaxies around her body. The insects gathered by the streetlamps, revealing their complex trajectories. Maria dared not take a deep breath. It was all too easy to breathe them in.

She grew keenly aware of the great vast elsewhere that did not consist of her body. In ordinary life, she could gloss over the terror of this, but, with several dozen insects clamoring for passage down her throat, she found herself thinking about the great grid of the world. How strange—this little space of somethingness that was her body in the midst of all that nothingness.

He said nothing. He sat down on the couch, took off his shoes, and turned on the television.

And, adjacent to her life, pressed so close to it as to be almost unmistakable from it, was another life, a life where she hadn’t been quite herself. Was she happy—that other Maria who lived a different, braver, and more frightening betrayal?

“I wish we had more courage,” she had said to Henry, “to say the things people can say in books.”

But Henry hadn’t heard her. The television flickered ecstatically before his eyes.

Her body throbbed. No, she wouldn’t tell Henry today. The diagnosis rang dully in her mouth, a dull throb. Not today. A figure like a bird crossed the windowpane.

She sat down on her bed until the dizziness forced her to recline.

But she wasn’t ready. And she didn’t feel awake. No. Not quite.