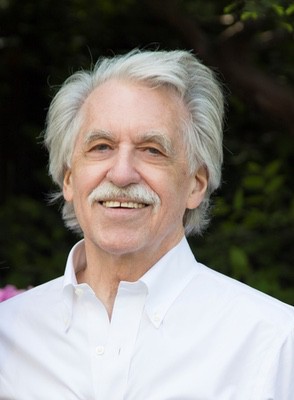 Robert Hahn is a poet, translator, and essayist. The poem in this issue, “Called Back,” is from his new manuscript, a narrative sequence of poems entitled Afterlife. Five books of his poetry have been published, most recently the prize-winning No Messages (University of Notre Dame Press). His poetry, prose, and translations have appeared widely in periodicals. He has received awards from the National Endowment for the Arts, The MacDowell Foundation, and The Bogliasco Foundation. He lives with his wife Kathleen Baum in Boston’s North End.

I sat on one side of the bed and held your hand.
Our son bowed his head on the other
And did his best to be a good Buddhist,
Trying to remember that all is transience.

A substance goes up in smoke and reappears
Somewhere else, rising from the pipe of a man
Inventing tales from something retold a thousand times.
Life, in other words, goes on without you.

Then the scene was over. Stagehands
Bustled in. I stood up and signed forms.
Your ashes were delivered to Mount Auburn,
To a slope at the corner of Snowdrop and Cypress

Next to the gadfly journalist I. F. Stone
And one ridge over from Buckminster Fuller,
Your new friends and neighbors, under the weeping
Copper beeches, among the dells and knolls

Of the “great white city of the dead,” as Emily called it.
Lately I have been writing poems in longhand,
In notebooks, and tiny pads taken from hotels,
And in the glossy white spaces of magazines,

Tearing out a page before I talk to my shrink.
Now and then I tie a few together
And send the bundles across the yard
To my neighbors. No one seems to be home.

My packets lie on their porches. The ink fades,
The words are dispersed, the energy
Transferred. It lifts into space and rises to where,
According to theory, you are.
« Previous