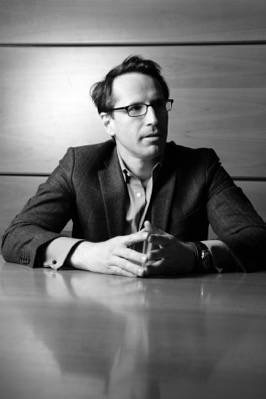 JJ Mitchell is an essayist who writes widely on environmental and socio-political issues for the Huffington Post and other publications. His poems have either appeared or are forthcoming in Tar River Poetry Review, Poetry East, Meridian, Ambit (UK), Carolina Quarterly, and Portland Review. He lives in London, UK.

St. Mary—newly recruited patron saint
to dead letter drops—inherits an assembly
of agents and spies. Sundays bring reports
of spycraft and foreign men—bearded,
barely shadows. Some feign muteness,
others inexplicable gestures, a cleverly-
disguised brush-pass, or speak in strange tongues,
stamping the church grounds in a Cold War cadence
where they buried hollow spikes filled
with the cigarette-thin papers of state secrets.

Still, She blesses these missals of espionage,
granting them their confessions as double agents,
forgiving them their doublespeak.
For the others, the regularly devout,
there must have been moments
of near miracles: the disappearance
of coins—some microfilm-loaded—offered
at the feet of St. Francis of Assisi,
the fragments of chalked Cyrillic notation
and the ever-expanding assembly of pious men.

“ ‘One of the most famous locations for exchanging information was the Brompton Oratory church where packages were secreted behind pillars and collected by agents . . . used by KGB agents as a dead letter drop.’ - Telegraph ”