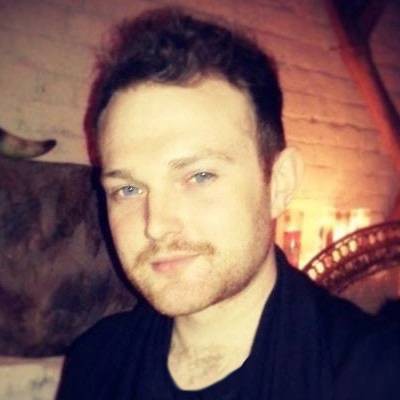 Murin is a tiny grey mouse of ambiguous gender, although Murin represents "feminine aspects" and "a desire for luxury." Silk scarves and Starbucks coffee. Purple purses with golden chain straps. Murin is fussy and can be quite selfish. Murin is kind though and desperately wants to be taken care of.

Murin loves sweets. Reynard is a large red fox. He is clever, yet wordless. His wit comes from sharp eyes, ellipses between the lines. There is a danger to his soft knives, his nature. Reynard is also interested in "a desire for luxury" and savory foods. He gives to others. He provides with his finances that have no origin or end.

Murin and Reynard are one of the many characters in FBLZ, an instant communication application for mobile users. Developed in South Korea, currently being tested in Western markets. Users can select their animals: there is one for every personality. Animated avatars prance back and forth between users, icons ping-ponging for every emotion, experience, desire.

There is Ursula (the bear), Jamjar (the jellyfish), and Baba (the monkey). There are more: sparkly-eyed vertebrates of the Chinese Zodiac, dancing cartoon rainbowbursts of Aesop. These other creatures are irrelevant though, because the first boy is always Murin, and the second boy is always Reynard.

Murin and Reynard are canonically in love. Murin and Reynard express themselves in surplus. If users have American Express, MasterCard, or Visa, they can buy specie—a digital coinage where users deck their animal-of-choice out in ascots, cummerbunds, watches, earrings, lip gloss, pumps, string bowties, lolita crowns, acid-washed jeans, houndstooth blazers . . . If users have specie, their animals can go on dates—even get married. For every animal there is a combination, a pact, of two creatures in love. Tiny colorful icons await each server-side conversation.

The first boy and the second boy are out to dinner. They sit on their phones quietly and send each other icons of Murin and Reynard also out to dinner. In the icons, Murin and Reynard are playing with phones in a high-end restaurant. A chandelier hangs above them. The tablecloth is cloth. Bread sits at the table. Bread sits for the boys too. They are at Olive Garden. The tablecloth is paper. They are enjoying unlimited breadsticks. They pay with card and split the check down the middle.

The boys are in bed. Neither of them enjoy yoga, or personal fitness, but they are bending over each other in a morning of half-wakefulness. Giddy with dreams of lottery, archery, mansions, caviar. Stretching and touching feet. The first boy is laughing. He is hand-as-spider, crawling across the stomach, ass-smack reverb. He is being so Murinesque right now! He is so silly. They kiss, but only on the neck: bijou perfume. The second boy picks up his phone and texts the first boy an icon of Reynard being judgmental at the first boy's silliness—big bushy foxbrows—but then follows it up with an additional icon of bulbous hearts, lust in the fox's eyes. It is very Reynard to be Reynard!

Boys and girls are dancing at a warehouse rave. It is themed for the Chinese New Year. A stranger is wearing a sumo suit. It is the Year of the Monkey. The first boy considers the questionable costumes, wonders if the stranger even knows the differences between China and Japan. The first boy feels sour. A band performs in trash bags spray-painted red. The lead singer is wearing a lavalier, yet sings into an artificial banana. The first boy hates this. The first boy wants to be home—under the covers with the second boy, hidden away from the atrocities of the world. A flurry of icons. Murin screaming into the empty sky. Murin flailing under a frowny rain cloud, eyeliner running. Limited Edition Halloween Murin sticking hand through window glass, little mousey arm covered in adorable blood.

The second boy is ignoring his phone. Murin drowning in a forest of coral, starfish luminating around. Murin alone on a cliff, standing. Murin slouching over the side of a chair, big round ears and silly feet both touching floor. Murin walking along the dark pavement, carrying a pair of heels.

The first boy walking past makeshift tarp curtains at the back of the warehouse, migrating back into the endless night.

Reynard lying on an arabesque rug, scratching his hind. Reynard suited in handsome paisley. Reynard in red. Reynard by the fireplace. Reynard with an off-screen tail wrapped around his tabasco thigh. Reynard relaxing on a pile of bananas. Reynard drinking Lambrusco. How the bubbles sparkle and rise out of the glass.

Murin has no one to talk to. Murin in the quietude of a cheese castle. Murin tucking the self into a bed of brie. Murin hunting monkeys in some bromeliad jungle, too-big safari hat and antiquarian musket in paw. Murin drinking lemoncake milkshakes. Heart-shaped-sunglassy Murin suntanning on a roof. Nails up against a jewelry case, dollar sign eyes rubbing sapphires. Murin drinking sidecars and aviators off the edge of a cruise ship.

The first boy feels nostalgic in his aloneness. The first boy swipes through all the icons he has ever bought. There is Murin and Baba and Jamjar and Ursula, the bear. There is Jindo the dog and Sowwy the pig and Urny the opossum. There is a new avatar, sparkling in red text: a tiger named Pajeon. Rebellious, passionate, adventurous: this is Pajeon. A lover of spicy and fermented foods. One who often holds too much emotion inside, but means well. Easily mistaken for deceitful, but prideful in matters of trust. Pajeon does not matter. There is only Murin and Reynard.

The first boy does many things he later regrets. He sells too many possessions with hermit-like fantasies. He takes a ferry to an island where monks live and writes twelve letters to the second boy, each with a drawing of Murin and Reynard festooned in twelve different holidays' attire. The first boy is writing a speech in his head, a speech that goes: please remember Reynard. The first boy moves into a vacuum of regret. There are other decisions and applications. Applications of murk, applications of torso, applications of uncomfortable cocktails and matcha small talk. There are other other boys with asymmetrical haircuts and expensive boots. There are red-haired foxes and grey-haired foxes and still there is no Reynard.

The second boy comes back.

A clerk approaches the first boy. She tells him if he spends $50 he gets a free mouse pad. This is a temp job for her. She only is repeating what she has been told by FBLZ corporate. The clerk starts to explain all the different characters to the boy. I know, shouts the boy. I know! The clerk backs up. A Jamjar clock falls over and cracks against the worn linoleum. Phosphorescent jelly leaks on the floor. It is cute still, but in a different way. The first boy stumbles forward, Pajeon plush knocked sideways, wallet sliding clumsily out of his jacket pocket, IDs on the floor, subway cards floating sideways too. Cash blossoming, uncrumpled, pushed against her shoulder there. Strangers are watching. Strangers who just passed the store and walked in, curious.

I know the names, he says again. I am Murin, the hellmouse who walks on scimitars, slipperless. I am the snake-mouthed cockbeast who poisons out of every orifice and goos the fur of the living. I am the one who continues from the tower with no hair to let down. I am Murin of suffering, Murin who salined for vulpine. I am Murin who wore a blindfold crafted of awls and who leaks cherry Visine into the once-dry lap. My bones, they are the burnished flutes that walk through the river of the dead, sail the phlegm coffin for that which is desired. I desire. Huggable Murin. Murin who wears a raspberry tricīvara and vomits marzipan into the snouts of lovers. I am the goofball who waited amongst the thousand-eyed lotuses. No, I do not think I need to leave. Who is the cumdumpster of valentine? Murin. Who is the genderless origin of snare, nail polish of hemoglobin and platelets? It is I, Murin. No, I will not go, for I am the silly one who has come for him. I am the first boy who is always Murin, and I have come for Reynard. You know his name. Do not deny me his name. Every other imp and critter, mammal and infernal marsupial are irrelevant. Fuck your scales and your fangs and your beaks. I have money. I have a silo inside me. I am the tap-dancing rodent who desires angel food cake and chapstick kisses. I am so sweet. Show me Reynard. Show me his long, red hands. Threaten me. Call the police. I have come for one being, and I will leave in his arms, his scored belly of enfer. I am the first boy, who is always Murin. Please, show me Reynard. I know you keep him somewhere in here. Permit me to sorbitol his tongue again. I need Reynard. I just want you to say his name. I am not leaving without Reynard. Please. Just say it. Please. Please. Please. Please. Look me in the eyes. I need to know. I have to hear it one more time. I know. I'm sorry. But please.

“ ‘Avatars’ was inspired by the real-life communication app called LINE, which isn’t nearly as popular as its contemporaries like WhatsUp or Kik. The reason this lesser popularity is of note is because I had a relationship in which I communicated frequently over LINE, where each of us stuck to the same mascot to represent ourselves—a rabbit called Cony and a bear called Brown. The fact that the app felt ‘unpopulated’ made it that much more intimate to use, as if our digital love was a solipsistic thing. While this is where the similarities between real life and this fiction end, I became fascinated with this idea that avatars (especially those which function to advertise corporate mascots) can provide a fantasy—and what it means to have an extra layer of your relationship living through ephemeral data. I wanted to create a fraught dual world where the relationship of the fictitious mascots almost becomes more three-dimensional and lifelike than the nameless ‘real’ boys who communicate through these branded avatars. ”