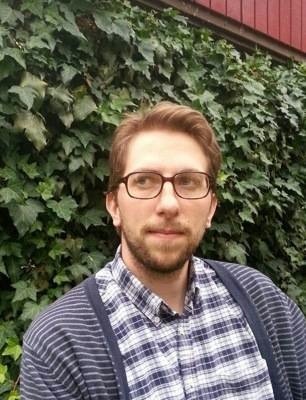 Michael Lavers completed an MFA from the Writing Seminars at Johns Hopkins University. His poems and essays have appeared in many journals, including College Literature, Smartish Pace, and Rattle. He is currently a PhD candidate at the University of Utah.

Mostly the desire to feed themselves,
and the rusty lineage of tools invented
to that end. Everything else was waiting,
discussions about weather interrupted
only by the need to bury their dead.
They tried their hardest to kill time, to fill
the gaps left open by survival. Wars helped.
So did the internet. And so did painting,
as far as we can tell. At thirty two
feet per second per second, children fell
out of their mothers into dirt, were cleaned off
and given names. Birds that left each fall
came back each spring. Moss interred the churches,
doctors washed their hands, and viruses
made promises to blood that nobody
could break. All this they called life. They cried
out in the night hoping someone heard,
googled their tough questions, and in the dark
the answers grew. What else can we say?
We have no way to know if they were happy;
only that they were brief, that they were somewhere
over there, beyond those stars, light years ago.
« Previous