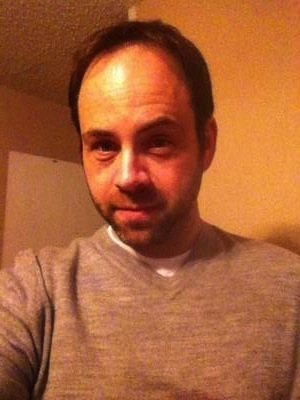 Ash Bowen’s first collection of poems, The Even Years of Marriage, won the 2012 Orphic Book Prize for Poetry and will be available from Dream Horse Press in November. Other work has appeared in New England Review, Kenyon Review Online, and elsewhere online and in print. Currently at work on a second manuscript of poems, he lives with his partner and step-children in Alabama where he teaches undergraduate creative writing and literature at the U of A in Tuscaloosa.

Murder in the Red Barn

The angels subdued Lilith and ordered her to return to Adam.
She refused, and said that she would henceforth weaken and kill little children, infants, and babes.
—Rabbinic midrash

unkindness: a gathering of ravens


I came to you like an unkindness, black feathers falling
from the quiver of my coat, an ebony trail
for you to follow. I made you weak

with words (and forgive me), my hands were next,
brushing your hair with my handful of quills
until moonlight unlocked you and let me

into your body. Months later, you moved like quiet
through the clover and stood beneath
the bend of my perch. My eyes beat

against the distance and I left you
to peer up at me as I flexed into flight. The thin reed
of my call brought you homing to the barn that sat

like a bloodstain on the hill. There, against the startled
light, I pulled the last breath from you. It smeared
red fingers across your cheeks, the ladder, the grain bin.

It cried like the end of autumn and flapped
from rafter to rafter.

“The only reference to Lilith in the Bible (Old or New Testaments) is Isaiah 34:14; it's a description of desolation,
jackals and ravens among nettles and briers.”
—The Straight Dope


My mother dreamed of storks. Barren
for years, she walked barefoot
through the cabbage, rubbed dewed leaves

over the empty cradle of her body, filled
herself with fertile dirt and called my father
to her garden. She boiled for days

with a fever no doctor had ever seen. They plunged
her in the river, poured turpentine on her throat.
She cried and her mouth made a sound

like children being strangled. When her thin eyes
opened, she touched herself and buried
six nails and a doll’s head in the middle

of the beet field. For nine months, she sang
in a voice like gathering ravens. My father waited
with a shovel as I fluttered

from her body. Each night her songs stroked
my face with notes from darkest lullabies.
Alone by the garden post, her shoulders shrugged

her apron off her breast. She waited
for my hunger to tug
her new milk down.
Listen:
« Previous