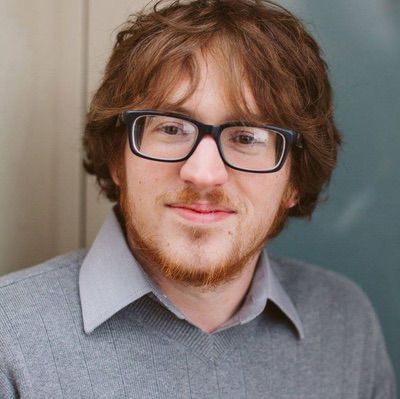 Justin Carter is a PhD candidate at the University of North Texas. His work appears in The Collagist, cream city review, The Journal, Sonora Review, and Sycamore Review.

In the locker room, the linebacker
fixes his eyes on the light bulb
hanging from a hook, thinks of his neck
up there with it, while the quarterback
points a finger to his skull,
pretends the thumb is a trigger
& wavers over pulling it. When James Wright
said suicidally beautiful, those bodies
launched together, did he mean it
this way too? Skulls cracked & cracked
against each other & the turf while,
in the parking lot, a mother refuses
to enter the gate, a father smokes brisket
for the concession stands & isn’t witness
to his son, the special teams gunner,
roaring past the 50, slamming
into the return-man, & falling helpless
to the field. What quiet
is quieter than the thousands of voices
suddenly hushed, of the other boys
as they kneel in prayer
& what’s louder than the applause
when he stumbles to his feet,
takes a play off, then pops back in
at defensive back? In two years,
he’ll be a darkened comet on the sidelines
somewhere in the Missouri Valley,
won’t make his first class on Mondays
because it’s too much—the way the head
shakes & shakes. Suicidally
beautiful. & when the games end,
years later, watch. Watch the way
the hand keeps fumbling,
the fingers have stopped
understanding what the brain
needs. The way everything has.

“ This piece came out of two key things. First is, obviously, the James Wright poem, which is such a beautiful and moving piece about high school football. The second thing is the recent issue with concussions and the long-term effects of concussions on football players. I wanted to reconsider James Wright and his poem in light of a new world in which football is understood to be dangerous in a multitude of ways, and especially dangerous in regard to traumatic brain injury. We hear a lot about how these issues affect professional athletes, but not enough about how players at the lower level deal with these issues as well. ”