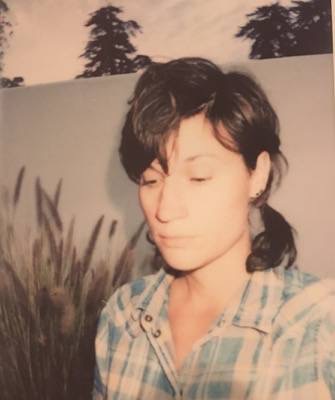 Laura Jean Schneider has an MFA in Fiction Writing from Vermont College of Fine Arts. Her fiction and non-fiction has appeared in The Writer online, The Montana Quarterly, High Country News, Edible Santa Fe, New Mexico Magazine, and elsewhere. She’ll be traveling to the Université Bordeaux Montaigne in July 2017 to present on a panel for the Society for the Study of American Women Writers. She is at work on her first novel.

No Sunshine When She’s Gone

Every day that I hang out my laundry that bitch comes over and sinks her teeth into whatever she likes. She tears something off the clothesline with a snap of her lumpy head, drags it out of my yard, her all smiling, then breaks into a run back to wherever she comes from, my pants or shirts or towels flying out behind her.

A small dog, ugly, no collar, been doing this for a month now. I’m about fed up. Maybe someone new moved a trailer onto a plot of twenty acres like my own, must be they don’t believe in tying dogs up or making them mind. It seems to be a cross between a Chow and a Lab, legs too short, like a cartoon, and her tail is one big dreadlock chock-full of burrs and stickers and probably her own filthy shit.

At first I tore down the road after her, but she must have some shortcut, some bypass, because I never see her once she leaves my yard. As if it isn’t bad enough that she steals things, the dog takes a dump in the corner by the rock garden if she sneaks in without me seeing her, or comes over when I’m not home. Today, through my camper window, I watch her skinny carcass sneaking past the juniper fence around my yard to the place where there’s a few stays shorter than the rest, and she sails over, just sails, like The Pie in fucking National Velvet, and I spill my coffee on my socks trying to get out of the door fast enough to stop her.

Today it’s a pair of jeans she’s picked out and they’re my favorite. Her yellow teeth clamp down on one of the legs and she pulls, sitting back on her haunches and slinging her head from side to side. I huff up yelling threats, shoeless, hoping I don’t pick up any sand burrs, but she ignores me. I’ve double clipped the jeans with extra clothespins, but my throat gets tight and hollow when I see them pop off the line, the metal springs and the wooden pin parts shaped like alligator heads landing in the sand. The dog nearly makes a getaway but I stomp down on one of the pant legs. It jerks her to a stop, but she recovers and keeps pulling, her saliva darkening the ankle of my just-washed-almost-dry jeans. I lift my foot, bend down slowly, and curl the denim into a thick ropey thing in my hand. The dog is still bracing, pulling against me as I walk closer. From here, her rheumy eyes look like coughed-up phlegm. Before I can stop myself, before I even put it all together, what I’m doing, I spring at her and coil the pant leg around her neck.

For all of her energy, she doesn’t fight back hard, and it strikes me for the first time, with her eyes and all, that maybe she’s an old dog. Still, I’m a small person, and it takes all I’ve got in muscle and weight to choke her down, my arms shaking, my stomach sweating, my ears thump-thumping, to make sure she won’t be getting up again.

The dog looks crumpled, somehow, like a rained-on paper bag, about the same color too. I sit on the steps of my camper and put my shaking palms on my knees. I decide the right thing is to drive around, ask if anyone is missing a dog like this one. I hit her with the car, so very fucking sorry, that’s my story. But I think for that story to be believable, I have to have some blood, so I walk into my camper, careful to avoid my spilled coffee. On the table, like a flimsy three-sided shelter, sits a just-opened letter from my husband Greg, with divorce papers enclosed. He wrote that he’d found out about my affair years ago, and he couldn’t see a way to go on with me anymore.

I pull on my boots and take a hammer–Greg’s hammer–from the toolbox under my bed and whack the dog in the snout a few times, hard, enough that the gums split open and her nose trickles red and some pieces of her teeth splinter out. I roll her onto a big black trash bag, then I lug her to the back of my Toyota.

It’s the second trailer up, the one off the main road a ways that I’m nearly scared to go up to. It’s pretty rough. The roof is covered with tarpaper and tires. As I drive closer, I see it’s really two campers put together. The windows are boarded up. A thin stream of wood smoke drifts out from a stovepipe that looks like E.T’s bony pointing finger. A rangy, pathetic bunch of assorted animals is staked around the yard. It’s miserable even in the daylight.

A kid at the door nods when I ask if a parent is home. A woman comes to the door. She’s wearing my shirt, a teal button up, and for a second it’s like looking at myself, had I left myself go the direction her life obviously had. A girl of about twelve stands behind her in a long grimy skirt, and from the scabby patches on her cheeks, there seems to be something wrong with her skin.

When I ask if they’ve got a dog, the woman says yes, Sunshine, and the first pang of guilt hits me. Sunshine. It’s hard to kill a Sunshine.

I say I’ve hit a dog on the road, would she come look.

The woman in my shirt pinches her nose with a hand that is a bit-off fingernail testament to manual labor. Her lips set together and she nods.

I sidestep the animal shit. No wonder the dog crapped in my yard, where there was space for it.

It’s ours, the woman says, looking with her walleyes into the back of my truck.

You know something? The woman turns to me, her eyes shiny.

Sunny had been doing the strangest stuff, going off and bringing things back here. For us. Me and the kids. I called her my sunmaritan, you know, like that Bible story?

The woman coughed, a deep racking, bronchial hack. The same little boy who had answered the door was now standing beside his sister, his hair wet, wrapped in a towel that I also recognized.

I didn’t say anything. I just turned around and picked my way back through the stacks of garbage bags and rotting compost and broken toys and drove off in my truck.

But halfway home, I pulled over and sat on a culvert pitching stones into the dry arroyo, wondering why we never get the whole story until we’ve gone and done something we can’t take back.