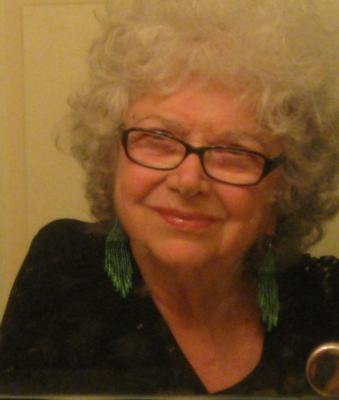 Helen Degen Cohen is the recipient of a National Endowment for the Arts Fellowship in Poetry, First Prize in British Stand Magazine’s International Short Story Competition, three Illinois Arts Council Literary Awards in fiction and poetry and an Illinois Arts Council Fellowship, and an Indiana Writers’ Conference Award in Poetry. She has two bodies of work: one about “the war” (including the collection, Habry); the other about “everything else” (including the chapbooks On a Good Day One Discovers Another Poet and Neruda Nights. Cohen publishes widely in both American and international journals such as The Partisan Review, Another Chicago Magazine, The Minnesota Review, Cream City, The Spoon River Poetry Review, The Antigonish Review (Canada), Versal (Holland), Stand Magazine (England), Akcent (Poland), and Nimrod. Half a dozen sections of her autobiographical novel, The Edge of the Field, have been published to date (some winning major awards), including sections in Where We Find Ourselves, a SUNY Anthology and http://levurelitteraire.com/helen-degen-cohen-eng-prose/ . Her latest chapbook, Neruda Nights was just nominated for a Pushcart. http://tinyurl.com/Neruda-Nights.

When you're dying to escape, sweet-eyes,
add some warm yellow and red,
put some fuzzy brown in it,
sugar,
and place it in the past.

If you're just another Woody,
begin with music, it's okay,
a hesitant boy
wishing, it's all right,
and couple of girls, both pretty.
And somewhere let there be dancing.
Streetlights.
Don't go shy now, pumpkin.

A man dreaming of the lovely. Imagine.
(Let a young man speak for his middle age. Let him
stammer and stare, to prove his innocence.)
Add Paris.

Or else begin with Paris, deep honey brown—
how many dreamers did it take
to color Paris? Who cares, someone or other
colored up Paris, and all we had to do was
go and visit, pull it on like
these blue jeans and messable haircut, put a French
accent on jazz.

The past has warmed things up for you—
streetlights blur things for poets
who insist on the future and feel
rubble in their shoes;
blue is for loss, they tell you, and lose it.
Shoot them.
Brick-red and bourbon-hued womby-dark
corners—smile, overdo it,
put your love there. You were dying. Now
call for a car of candied gold, let
its doors open and don't
ask where it's going.