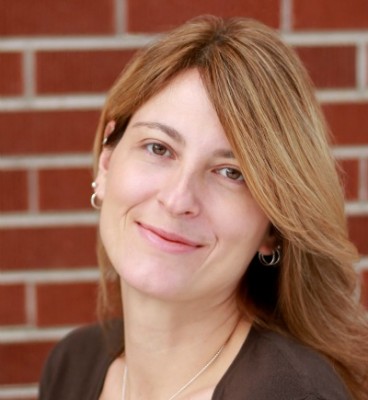 A writer living in Denver, Colorado, Heather Martin teaches at the University of Denver and co-curates the Gypsy House Reading Series. Her work has appeared in Matter, Cold Mountain Review, DoubleRoom, and Electric Velocipede. “On Maimeó” is an excerpt from a longer work concerned with female sexuality, obsession, and petrology.

My paternal grandmother Maimeó was not of the usual sort. I remember her best sitting at her kitchen table, smoking cigarettes and singing Irish folk songs. Not sugary lullabies—no “Toora, Loora, Loora”—but thumping, raucous ditties. Songs of sailors, pints, martyrs and revolution. She sang with joy and grief, with swinging elbows and knotted fists. She sang without invitation or regard for neighbors or visitors, humiliating her husband and son—a sin for which, I’m certain my father never forgave her. Born in Manhattan at the dawn of the Roaring 20s, my grandmother was, among other things, a housewife a storyteller, and an alcoholic.

Through the years, she serenaded my grandfather with “Mullaghdoo” in his early-morning flurries out the door to work, and warbled “Dublin Lady” in the evenings as my father arm-yanked frightened dates out the front door, all the while cursing his mother to an early grave. My father despised her, my grandfather beat her, but nothing could stop the singing.

When I was a child, and my father spent entire nights in his office, Maimeó looked after my brother and me. He amused himself as boys do, but I wanted only to be near her. She’d sing for hours alone, smoking. I hid beneath the kitchen table, watching the soles of her feet roll from heel to toe. I was her invisible audience of one.

And as I listened, I learned that she intended the songs not for her family, her neighbors, or even me. And her design was not to embarrass or anger them as she did. It was something much simpler, I think.

Her songs were an overture. They set the stage, called out ghost players to rehearse a distant history from some other place and time. Maimeó sang and the company shuffled in with choreographed precision, changing the backdrop, elbowing aside her troubled reality. The walls around us flimsied and peeled away like heavy curtains. The scene opened. Maimeó sang, and I heard the accompanying fiddles and pipes, flutes and accordions. The air slowly warmed with the sounds of breathy chit chat and good-natured craic. Maimeó glowed in the light of this grand fantasy. She led this chorus of voices in song. She lifted her glass to outstretched arms, exchanged knowing nods with other time-worn faces. The rhythmic thumps of her calloused feet were joined in perfect unison by dusty brogans and Shillelagh walking sticks. It was glorious, and it was happy.

It was a scene stuck on loop, playing over and over. Her glass emptied and refilled, emptied and refilled. When she grew tired, dropped the tune and her head to the table, the players froze for a moment and then fell away completely. I was alone then in her kitchen; the lazy clicking of the clock’s second hand hollow in the void. When she died, it was a relief to my father and grandfather. Her song had finally ended.

In recent years, I have found myself thinking of her more and more. The lyrics and melodies of those songs are mostly disappeared from my head. I so wish to remember them. But in their place, I find something else: a story. I didn’t remember it at first, but then it was there, as if it had always been, carefully tucked away, preserved somewhere in the recesses of my memory. A strange and haunting story, it was—a far cry from the breezy days of Dick and Jane—and surely not meant for the ears of a child as young as I was. Madmen and beasts, loved ones cast out and abandoned, murdered and resurrected, only to seek revenge on those who had wronged them—setting fires, taking children. I remember the intensity of her gaze, the way she called me darlin’ and implored me to come from beneath the table for the telling; but, most of all, I remember her whisper. Perhaps she whispered for effect, or to keep the pagan tales below the ears of her God, or maybe even out of habit to escape the waves of criticism from husband and son. It could be any or all of those things. But as I think of it now, I believe that it was because the story was a sacred and secret thing that was told to her in hushed female voices. It held warnings, wishes, instructions, and truths. She was telling me something, instructing me—one who saw meaning through beer and whiskey spiked utterance, through blighted speech, through loosed grey bun. And I listened.