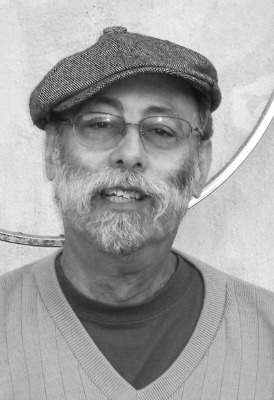 Sid Gold’s two books are Working Vocabulary (Washington Writers’ Publishing House) and The Year of the Dog Throwers (Broadkill River Press). His poems have appeared in journals such the Potomac Review, the Southern Poetry Review and Tar River Poetry, and he has poems forthcoming in Poet Lore, Artichoke Haircut and Scribble. A native New Yorker, he resides in Hyattsville MD.

Finally, I’m out of the house
& wondering what animal I am today:
that heavy bear, aloof & deliberate,
the wild dog of caprice & deceit,
Zeus’ rapacious swan? I may have settled
for the man who appeared in the mirror
this morning, if only I had bothered to look.
Above, the sky is a blue so delicate
it is surprising the first jet crossing
its expanse doesn’t shatter it into shards
& right now the world, often enigmatic
as a koan, seems primed for the taking.

The sign along the road says Be Prepared
To Stop & so, patient as the sun, I do.
Why not? It seems so simple a request
& somehow fitting. Idling, I think
of a girl I once knew, her mass
of silken hair, her skin ripened
by the mid-summer sun, the sweet architecture
of her limbs, the both of us still quite young
but not willing to believe it, how one night
at 3 AM we sat in a kitchen furnished
on the cheap by a landlord I never met,
drinking tap water from coffee cups
& talking talking through the yawns.

I read her my poems—at least, that’s what
I called them—hoping their glibness
would do the trick. In those days I took
my cues from Reynard, the fox, clever
& swift. After a time, she told me,
to my wonderment, I needed no tricks,
no subterfuge, at all. Warm-blooded
though not predatory, she too was a breed
of animal & though exactly which
I never learned, the last place
she belonged was in anybody’s cage.
« Previous