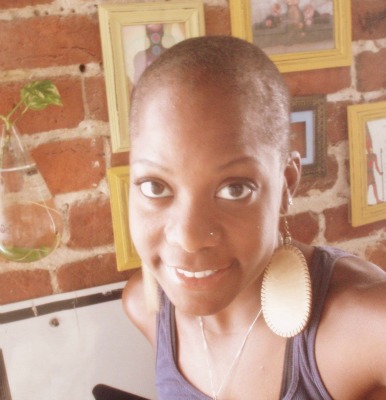 darlene anita scott shares the role of “baby of the family” with a twin sister who found her fifth grade journal and laughed. Loud. While sharing its contents with their three sisters. scott has been telling secrets—in metaphors—ever since.

Her poetry has appeared in anthologies including Homegirls Make Some Noise, Growing Up Girl, and Role Call and most recently in journals including Tidal Basin Review, ITCH, Bloodroot, and diode.

scott is currently developing a collection of poems imagining Jonestown Guyana, a spiritual community whose residents were coerced into suicide by their leader.

How to Keep a Secret

Tell everything you know—some of what you’re unsure of but believe anyway.
Say it all matter-of-factly
as though you were explaining:
the sky is indeed blue.

Include some conviction.
Be so consistent you’re damn near boring.

To be sure of yourself is not the same thing as being loud.

Use silence sparingly even if you choose phonetics–ummm, or ahhhh.
Let your eyes and body do some of the work: a well placed shoulder to ear,
a blink
can reveal whole chapters.

They will be trimmed, after all,
from the meat of the story.
« Previous