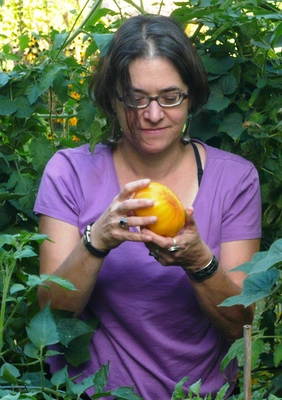 Naomi Cohn is a poet and teaching artist who works with older adults and people living with disabilities. She’s also worked as a community organizer, encyclopedia copy editor, and grant writer. Her writing has appeared in About Place, Fourth River, Hippocampus, Nimrod International, Poetry, Terrain.org, and Water~Stone, among other places. She’s also been recognized by grants from the John S. and James L. Knight Foundation and Minnesota State Arts Board, among others, as well as numerous residencies. A Chicago native, she now makes her home in Saint Paul, Minnesota. Connect at www.knownbyheartpoetry.com

Entries from the Braille Encyclopedia

Blind alley a dead end. Blind pig an illegal saloon. Blind drunk what you get there. Blind staggers a disease of horses. Blind story floor of a building without windows. Blind spot where the car lurks in the next lane.

Total blindness is complete lack of visual perception. No sense of light—unless interpreted by heat. No visual sense of movement. No color, depth, or shape. Less than ten percent of legally blind people are totally blind.

For many years, my obscure retinal condition failed to render me any kind of blind. I described my slowly eroding vision as illegal blindness. Legal blindness is all about determining if a person is considered sufficiently damaged to be eligible for certain benefits. Measured by how big a slice of the world one can see—visual field. Or how sharply one is able to see that world—acuity.

The legal definition of blindness misses most of the lived experience of altered sight. There are many ways of not seeing. Demonstrations of retinal degeneration often show a calm blank circle at the center of a photo or video. My experience is something like that and nothing like that. Each blind eye, each blind mind, is different.

Each of my eyes bears its own unique shape of retinal scar. The scars are not silent. My brain supplies a constant message of visual sizzle. A noisy, demanding sparkler. Northern lights. Pain-in-the-ass. Dead center in my field of vision. Dead center, blotting out the letters of a text or street sign or pill bottle. Blocking faces and expressions. If I close my eyes, I still see the scintillating scars. I do not often see them in dreams. I love sleep.

As in shades, a form of window treatment my mother favored over curtains. Not cheap vinyl shades, but something with a burlap texture, coated, stiffened into respectability. The shade my mother preferred was beige, paper-grocery-sack beige. Utterly without light. Beige everything—blinds, woodwork, walls—in that long slingshot of a South Side apartment. Every window with its shade, or blind, in its just-so shade of beige. To see the light outdoors, you gave a just-so tug and release to the shade, which rolled up, sliding back into itself. A beige snake coiling. Except, if you tugged too hard, the shade snapped and rattled up as it thrashed against itself. My mother always seemed to hear, all the way yonder at the other end of the apartment, half a city block away. And what of the broken shades, where the snake had tired and refused to budge? The blind creature wouldn’t eat its own tail, no matter how you tugged, joggled, or urged the thing back upward.

The view wasn’t much—fire escape, garage roof, iron theft-prevention bars. To the west, the grimier side of Hyde Park and then Woodlawn. Beyond that, the stockyards, unseen. But as a little kid, on an August day, the thick greasy stink of slaughterhouse carried miles to our open windows. How could such a heavy stench float in the air? Nothing dreamy about those window treatments, about the shade of those shades. But that action, nudging one to move, is engraved in my muscles. One night, age 30, soon after I get the diagnosis of progressive retinal decay, I dream of an old window blind rolling up—with an aggressive snap—to a view of nothing.

That life-giving liquid destroyed my sight. New capillaries nudged their way into the tissue of my retinas. Neovascularization, doctors called it. Tiny blood vessels growing, piercing the layers of the retina. Invisible to the outside observer. Painless blood needles fraying the fabric they stitch through. Growing in the dark, then bleeding into the eye. A green cloud obscuring my vision. I don’t know why I see this blood glowing green. When I prick my finger, blood seeps out a canonical bright red. But green was the report my brain registered at each misguided leaking capillary. Growing in the dark. Each new stitch by a blood needle releases a new green cloud. Each time, over time, my body re-absorbed the hemorrhage, cell by cell.

Between each episode, my vision recovered somewhat as the green cloud receded. Until the next episode. Lather. Rinse. Repeat. With each event, a few more cells die. Over time, each eye hosts a dead zone, an unseeing spot. A small blot. Each blot grows over time. Cell by cell, rod by cone, the capillaries—blood needles—broke my sight. Not all of it. Just a few millimeters of tissue that provided the physical basis of my central vision.

So much of my identity had grown from that central vision. At least until age 29—sighted. One who noticed fine detail, a painter, sculptor, print-maker, quilter, an addicted reader of print, a bird-watcher, a finder of missing commas and extra typographical spaces, a finder of small things dropped on a dark floor. Heady, bookish, precision-oriented. Then at age 29, a “disease process” shows up. Amazing, the power of a few blood cells poking their way into my eyes.

On the huge terrain of my body, my blind spots are hardly worth mapping. A few specks of corroded retina. And they came on so slowly. Those small blots on my visual field grew over a quarter century. The capillaries—blood tributaries—carve courses through a mud flat, a river delta, a retinal estuary. Coming and going, a movement of tides. But underneath, the sea level of blindness rises. Cell by cell. The map of damaged cells. Linkages between retinal cell and brain cell. The disease advancing and retreating. The map constantly redrawn. Territory held onto. Territory ceded. Changes in cells. Changes in perception. Giving up proofreading jobs. Giving up quilting needles and stacks of fabric. Giving up a driver’s license. Changes in mood. Changes in income. Giving up novels. Giving up newspapers. Giving up oil paints. Giving up carving tools. Giving up novels again. Giving up field guides, reference works, dictionaries, cookbooks. Giving up street signs. Purging bookshelves, only to collect more books.

The rest of the body works to compensate for what the eye can no longer do. A constellation of degenerated disks twinkles in my neck and back from years of vulturing my nose ever closer to printed page or screen. Headaches pulse through some years or decades, recede in others. Double vision. Spasmed muscles. All for the glimpse of letters on a page, characters on a screen, notes on a stave of music. A kind of tired that feels like most of my trillions of mitochondria decided they’ve cooked their last energy-meal, have turned off the stove, hung up their aprons, kicked off their pinching shoes, and gone to lie down somewhere. For a very long time.

Lowercase, braille, refers to the system he created. Translating the experience of reading and writing braille into this print stumps me. I have struggled to write this piece for months now. I keep getting bogged down in providing information: Braille’s biography, when Braille invented braille, the intricate mechanics of reading, writing, and producing braille.

But what I want to write is a love poem. What I felt about books was passion, desire, love. My love of books was a young love, a first love. Visual. Yes, touch mattered, stroking the typographic scar of each letter on a page. But so much of that love was in the eye. All those beauties in the bookstore. And once I had chosen a book, I loved to gaze on the beloved. We made love with the lights on, eyes open.

Oh, how I did love print. Large print, small print, the print on cereal boxes, the fading print of cheap paperbacks, the glossy ink of coffee table books. Yesterday’s newspaper, microfiche, card catalogs, scribbled notes, hand-painted signs peeling in the sun, maps. Oh, I loved a map, its fusion of image and text and symbol.

But now I am old and blind, and I love braille. I love braille in the way of the old. Loving touch, lights on, lights off, eyes open, eyes closed. It does not matter. I have fallen hard for braille. It’s taken more than five years to get to know braille at all, the bumps and oddities. Loving braille is in the feel; the lighter my touch over its contours, the more I understand.

Once I heard the factoid that forty percent of our brain is allocated to processing visual information. True? False? I’ve also heard that learning braille uses brain space and neural connections in the visual cortex. Cell by cell, as I learn braille, new connections reach across, fingers of axon touching fingers of dendrite. Old love wipes out young love.

Now I have re-wired. One combination of braille bumps says J. Another indicates a number sign. Feeling the two next to each other now means the clump of dots that read as J will now read as zero. After much practice, pathways take clumps of bumps and know: CH and E and F, and recognize chef.

It’s too much to explain. You know how love is. The intimate knowing defies description. How do you talk about the interstices where joy happens? This is why we write poems.

Braille is the ceiling of the Sistine Chapel, those almost-touching fingers of God and Adam. When my finger touches braille bumps on paper, something moves in me. More than chemicals and current flashing across a synaptic gap. What leaps the space between God and Adam? Life. Emptiness filled. That is love. That is braille.

I give up. What can I hand you that will help you feel what I feel?

“ This essay grew out of many experiences over many years: working at Encyclopedia Britannica in my twenties, starting to lose my vision in my thirties, learning and falling in love with braille in my late forties.

Even though I label myself a poet, what I seem to write lately, especially when I'm writing about my experiences with altered sight, seems to lean into prose. If you want to read more about this ambiguity and the larger project from which this essay is drawn, read "In Praise of the Poetic Mess"—a blog post for the Poetry Foundation’s Harriet Blog.