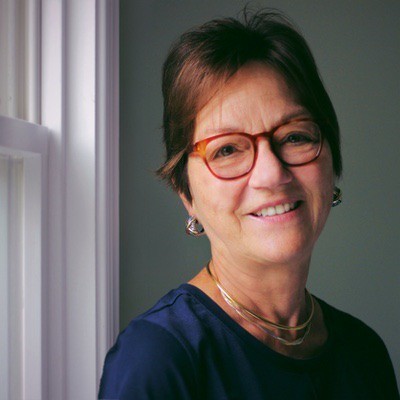 Katherine Gekker is the author of In Search of Warm Breathing Things (Glass Lyre Press, 2019). Her poems have been published in Delmarva Review, Little Patuxent Review, Broadkill Review, Poetry South, and Apple Valley Review, among others, and have been nominated for the Pushcart Prize and Best of the Net. Gekker’s poems, collectively called “…to Cast a Shadow Again,” have been set to music by composer Eric Ewazen. Composer Carson Cooman has set a seasonal cycle of her poems, “Chasing the Moon Down,” to music. She was born in the District of Columbia. When not writing, she practices piano.

I saw one copperhead coiled near the compost heap – eggshells, coffee grounds, moist citrus, oaken scent of a 15-year-old single malt – Some people believe their own appendages don’t belong to them. They immerse an arm in ice to damage it so severely that surgeons need to cut it off. They place a leg across a train track. Then wait. Some physicians agree to remove an offending limb, assert that body integrity dysphoria is an illness, severing the only cure. In a documentary, I watched a 30-year-old man in a wheelchair point to the line he had drawn above the end of his stump, his finger stabbing. They should not have amputated the leg there. They made a mistake, he stammers. They should have sawed here. 1/8” higher. Everything feels wrong. I saw a black racer snake slide under latticework into the cellar – Scars represent a body’s chaos, says the massage therapist I never went to again. We need to address your wounds. They need to be given order. Tell me about your pain. The room dark. My face trapped. At 21, I had to sign permission to allow the surgeon to amputate my thumb if necessary during surgery. One numbing shot in my armpit, then they hid my arm behind a screen. I heard some tapping, a silver hammer on a musical nail, then felt something give way, release, crack apart. One day I found a sloughed translucent cylinder deep in the root cellar. Perhaps it belonged to the copperhead but I don’t know – Perhaps it pulled its body through sharp shards – broken terra-cotta pots – emerged amber, brown, glorious again. Tell me where the copperhead was. Here, not there – Show me where it is now –

“ One house I lived in had a cellar. A gap between the door and the cellar’s dirt floor let a little light in. In the yard, I frequently found snakes, both harmless and poisonous, and their discarded skins. I often wondered if the snakes could slither into my house through that gap. ”