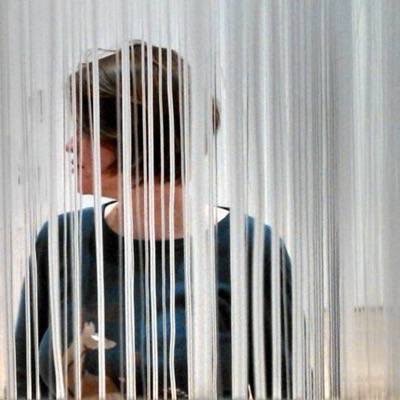 Shevaun Brannigan is a graduate of the Bennington Writing Seminars, as well as The Jiménez-Porter Writers’ House at The University of Maryland. Her poems have appeared in such journals as Best New Poets, Rhino, Redivider, and Crab Orchard Review. She is a 2015 recipient of a Barbara Deming Memorial Fund grant. Her work can be found at shevaunbrannigan.com.

None of it was weird. All of it was normal. Everyone feels like this sometimes. She gestures, the gauze,
the blood seeping, to her face, bruised from hitting herself, like this? I said yes.

Washing my hands in her bathroom and wanting to curl up on the tile, feel it against my cheek. Only
part of my brain. The body hurrying to get back to her. Small hands below the water, my mother
and her pills, my mother and her suicide notes on the mirror in lipstick.

Officer Nguyen asks for a description. Her boyfriend has no photos.

It’s cold, we all keep saying, the apartment window open.

I tell her therapist this reminds me of my mother. He tells me I’m a pro.

Sleeping that night, four hours maybe, no dreams. Just jerking awake, an opened window. Where is she,
I thought. In Baltimore? In Philadelphia.

She tried to give me her great grandmother’s jewelry. Made me put a necklace on, promise I really
liked it. An enormous butterfly pendant. Long strings of real pearls from the 1920s. Sinew.

Before I left the apartment, after we cleaned up from the struggle, the police had left to look for her, her
boyfriend had broken down and cried, I placed the butterfly necklace on her bedside table.
Thought to myself, that was the right thing for me to do.

Was my mother awake? Was she breathing? Was it cold? To close the window.

Of course it was the right thing.

I can save her, saying to my boyfriend. Save who, he says. This isn’t normal.

Tidying the room, putting the jewelry away, pouring the wine out, making her bed. Is it weird, she had
said, that I sleep in the bed and my boyfriend sleeps on the couch? I said no.

Like being a pro at drowning. I didn’t know. Everyone feels like this sometimes. Everyone needs help
sometimes.

Fluffing the pillow, finding a bloodied bandage in the bed. Throwing it out carefully. Not wanting to
catch anything she might have.
« Previous