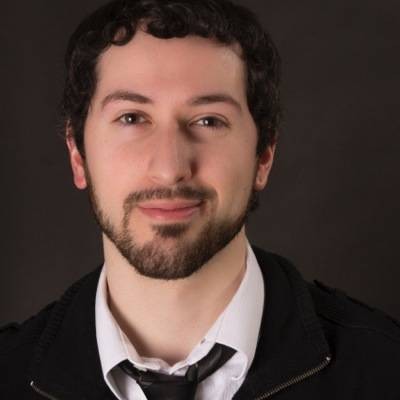 Brandon Amico is from New Hampshire. His poems have appeared or are forthcoming in The Carolina Quarterly, Hayden’s Ferry Review, Hunger Mountain, Sixth Finch, Tupelo Quarterly, and elsewhere. You can visit him at www.brandonamico.com.

What if there were another nor’easter like in ’78
when twenty-eight inches clogged the streets, and what
if a second arrived on its heels, budgets were slashed
and so too the plow fleets, warm-colored liquid raised
in a warm window passed on the street, toasting
the New Year’s lean new budget, and this,
this is why I don’t live farther north, the roads thinner,
colder the capillaries quicker to collapse in my fingertips,
toes blue as a storm-shook sky, one jackknifed
tractor trailer on the highway’s a clot and the tissue
downvein dies, arthritic bridges handed down
piled up with snow, stuck inside and O
shit my prescription, my mortgage bill, it’s only
January, downed power lines unreachable,
unplugged, and what, even with power, what
about cabin fever, nights when the stars
crowd every window and mock us like giddy,
spare snowflakes, twinkling down in their arbitrary
constellations on all these parts contiguous,
more joint than solid bone, what happens when
we refuse the leave of our bodies, unable to extricate
ourselves, unable to welcome a clearness that could
settle on us, security as wind, as a solitary sound,
the earth’s whispered hush, hush, sleep now,
hush, I’ve got you, you needn’t grip so tight.

“ Encountering Gabriel García Márquez’s terrific short story ‘The Last Voyage of the Ghost Ship,’ which is six pages long yet comprised of only one sentence, inspired me to try my hand at a one-sentence piece myself. Five years later, after several unsuccessful attempts to capture something like the calm, even flow of his prose, I noticed that my own run-on sentences accumulated an entirely different sense as they stretched on: anxiousness. From there the form largely guided the poem’s development, allowing the anxious energy of the lines (and breaks) to give an authentic voice to the speaker.

I often find it difficult to explain what goes on in the head of someone who is regularly anxious or experiencing a high-anxiety episode; how all the thoughts are linked together by even the thinnest thread of rationality, how they come at a blistering speed—one can go from snowflake to regional catastrophe in the matter of a few seconds. Poetry, as it often does, provided an avenue where previously there was none. ”